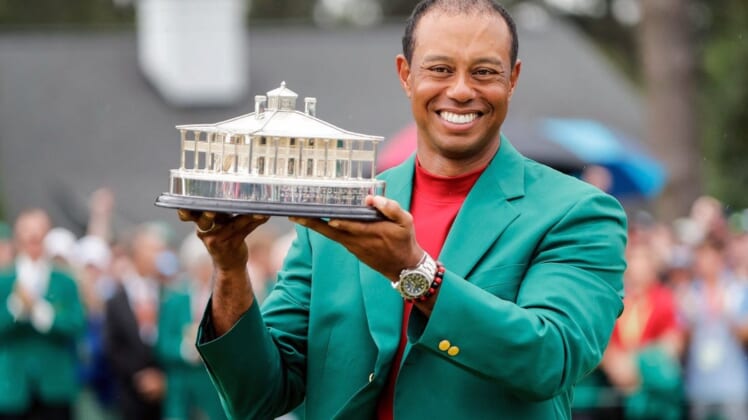 Tiger Woods played a full 18-hole practice round Sunday as he prepares to compete this week in the 150th Open Championship in St. Andrews, Scotland.

Woods played alongside Justin Thomas during his five-hour round on Sunday.

Woods, 46, has three wins at The Open among his 15 major championships, including victories at the Old Course at St. Andrews in 2000 and 2005.

Woods did not talk with reporters after Sunday’s practice round. He is scheduled to speak to the media at his official press conference on Tuesday.

“He was struggling early, but came on as the day went on. That’s encouraging,” Woods’ caddie, Joe LaCava, told ESPN.

Woods finished in 47th place at the Masters, which was his first official tournament start since being seriously injured in a one-car accident in February 2021.

Woods withdrew after three rounds at the PGA Championship because of pain in his surgically repaired right leg.

He did not compete in the U.S. Open last month because of issues with his leg.

“The plan was to play the U.S. Open, but physically I was not able to do that,” Woods said last Tuesday. “There’s no way physically I could have done that. I had some issues with my leg and it would have put this tournament in jeopardy, and so there’s no reason to do that.”