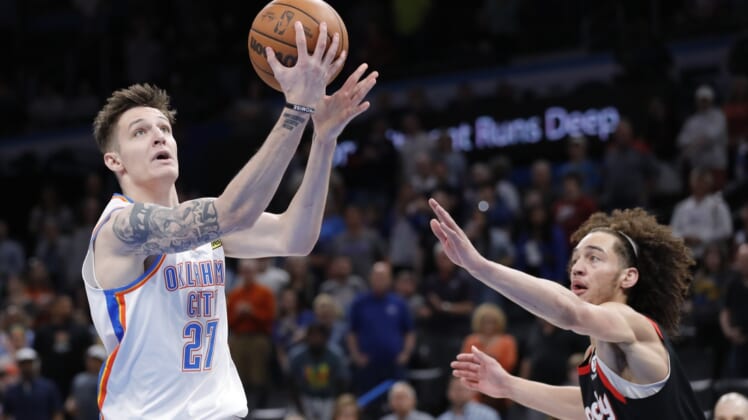 Dr. Neal ElAttrache performed the procedure in Los Angeles, and Krejci is expected to be ready to return to action before the start of next season.

Krejci appeared in 30 games in his rookie campaign, starting the final eight games of the season. The Czech native averaged 6.2 points, 3.4 rebounds and 1.9 assists per game while shooting 40.7 percent from the field.

He broke into the league this season after originally being a second-round draft selection of the Washington Wizards in 2020.

Oklahoma City (24-58) ended the season far outside the playoff picture, missing the postseason for the second straight year. The Thunder will have a shot at the No. 1 draft pick via the lottery.