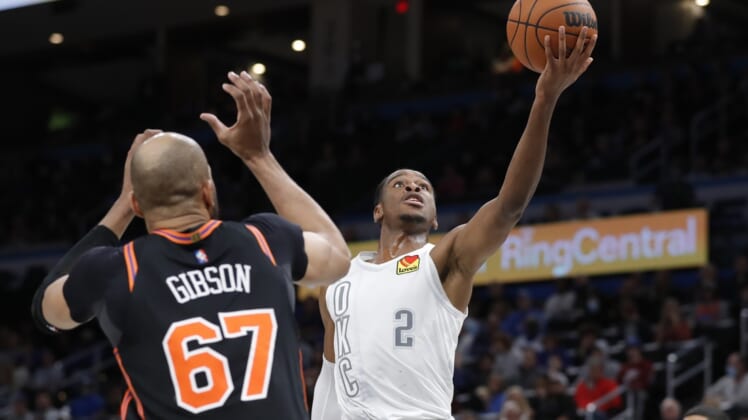 Rookie guard Josh Giddey, who entered the protocol on Tuesday, was removed from it on Saturday.

Gilgeous-Alexander, 23, leads the team with 22.7 points per game to go with averages of 5.2 assists and 4.8 rebounds in 31 games. He played 35 minutes Friday night in the Thunder’s 95-80 win over the New York Knicks, scoring a team-high 23 points and adding four rebounds and four assists.

The Thunder have three other players in the COVID-19 protocol — Darius Bazley, Tre Mann and Jeremiah Robinson-Earl — as well as head coach Mark Daigneault.

The Thunder are scheduled to host the Dallas Mavericks on Sunday.