This stat shows how much Bryce Harper is struggling this season 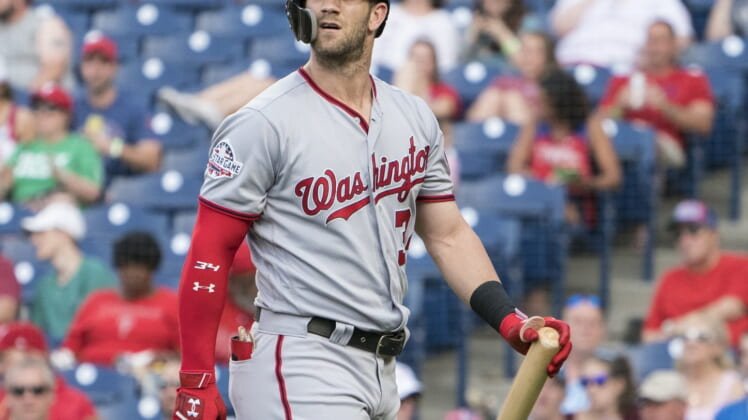 Washington Nationals outfielder Bryce Harper will likely start for the National League in the 2018 MLB All Star Game, but thus far it has been a season he’d love to forget about.

While Harper’s 21 home runs will help put him in the Home Run Derby, the 25-year-old has struggled to collect base hits. In fact, Harper’s 2018 struggles have already helped him blow past a previous mark from last season.

According to Bob Nightengale of USA Today, Washington’s All-Star outfielder has gone hitless in 39 of his 84 games this season. In 111 games last season, Harper finished with only 29 hitless games.

Washington #Nats All-Star OF Bryce Harper has had 39 hitless games this season. He had 29 all of last season, per @BillyBall.

As the All-Star Game approaches, Harper certainly might need the days off during the week to try and get back on track. His .215 batting average would be a career-worst mark and come at an awful time with free agency looming this offseason.