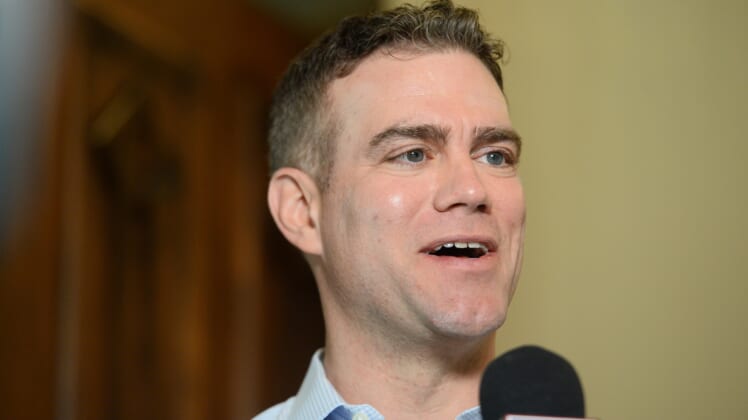 In what has to be considered some shocking news, Theo Epstein has opted to leave the Chicago Cubs after spending the better part of the past decade as the team’s president and front office head.

The Cubs made the announcement via social media on Tuesday, ending Epstein’s largely successful run as the team’s head player personnel man.

This seems to have come completely out of left field. Since joining the Cubs back in October of 2011, Epstein has overseen one of the most-successful teams in MLB. His moves led to a World Series title for the Cubs back in 2016, their first championship in nearly a century.

There’s obviously going to be rumors that Theo Epstein could ultimately head to the New York Mets under new owner Steve Cohen.

Potential ownership for Epstein has also been bandied about after he takes a year off.

Regardless, the reactions were aplenty.