The who, what, where, when, and how of the next NHL season 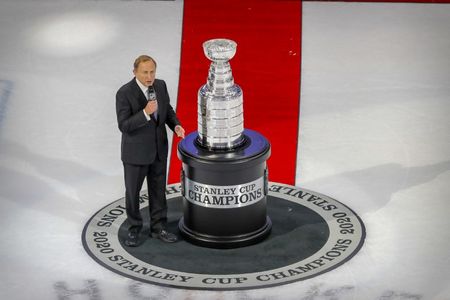 So when will the next NHL season begin? We know what Gary Bettman has been saying, “Anyone throwing out dates is just speculating.” Of course, that is naturally what people are going to do. However, there are some hints and clues coming out of the NHL rumor mill these days.

While there is still much uncertainty with regards to COVID-19, such as the status of a vaccine, what the borders will look like, just to name a few. We are starting to get some ideas as to what may happen soon.

How minor league hockey can be an indication

Originally there were talks about starting the NHL season in December. That eventually moved to January but without any certainty. Currently the NHL and NHLPA are targeting January 1st but that’s not set in stone.

Much of this aligns with what the AHL’s website posted back in July. They stated the 2020-21 season would start no earlier than December 4th. Now we have learned the WHL announced a start date of January 8th.

“The WHL is very excited to be opening our WHL Regular Season on January 8,” per Commissioner Ron Robison on the league’s official website. “The WHL is a world-class development league and we remain fully committed to providing our players with the highest level of training, coaching, and competition in the system.”

So this appears to be a clue for a round about date for the NHL to begin. If they can’t start on January 1st, the 8th makes sense too.

How will they do it?

There has been a lot of rumors on how the NHL may plan to come back. One of the most widely discussed options in order to limit travel is to realign divisions for next season only. There has even been talk of an all Canadian division.

Gary Bettman and the NHL have said it is just speculation right now, but we may have gotten some unintended confirmation. Earlier today, Bill Foley the owner of the Vegas Golden Knights in essence confirmed an all Canadian division.

The NHL has held firm they want a full 82 game schedule. However, any practical and rational person understand that even if condensed that would take them right back into an August playoffs.

While there’s some positives for TV to start future hockey seasons a little bit later, no one wants to be playing for the Cup against the Summer Olympics. That is why many league insiders believe a 60 game schedule is the most likely. That could have the Cup awarded by early July.

Where will they start playing?

This is the big unknown. Will it be a hub city for each division? Will all arenas be open but with social distance seating? The bottom line is the NHL can’t go forward without ticket revenues.

According to several reports, the NHL may decide to open with a bang on Lake Louise in Alberta. The backdrop of majestic mountains with hockey going back to its roots of frozen lakes and ponds is pretty tantalizing.

Ultimately, this is going to be the biggest hurdle for the NHL to deal with. Yes, the NHL can open a season in some remote mountains, but they can’t play an entire season there. What do you think this is? Mystery, Alaska.

Check out the latest NHL News and Rumors!

The Daily Goal Horn is dedicated to the game of hockey. Check out the latest headlines and rumors today.