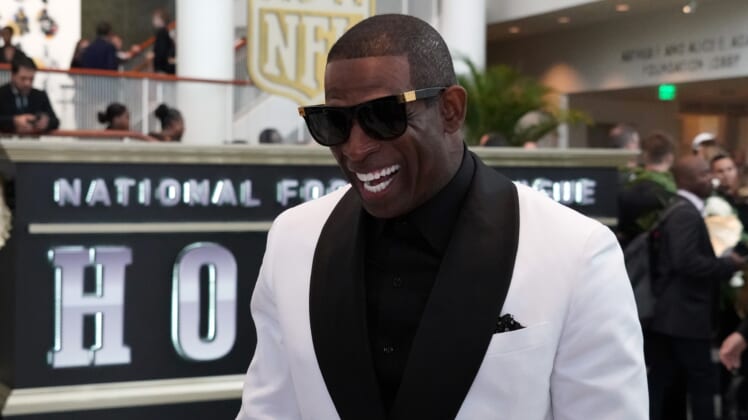 The new generation of football fans know Deion “Prime Time” Sanders more for his work on NFL Network than a dominating and Hall of Fame career as a defensive back in the league.

Sanders has been with NFL Media for well over a decade, entertaining onlookers with his boisterous brand of recapping Sunday’s action on NFL GameDay. Sanders is now leaving the network.

There’s currently no information available as to why Sanders’ relationship with NFL Media has resulted in a divorce. We’re sure to hear more about this moving forward.

The No. 5 overall pick of the Atlanta Falcons back in 1989, Sanders initially retired following the 2000 season. However, he came back and suited up for the Baltimore Ravens from 2004-05. The two-time Super Bowl champion also earned eight Pro Bowl nods.

Shortly after his retirement, the former Florida State standout started in media with CBS Sports as a pre-game commentator.

It’s not yet known where the 53-year-old Sanders will land.