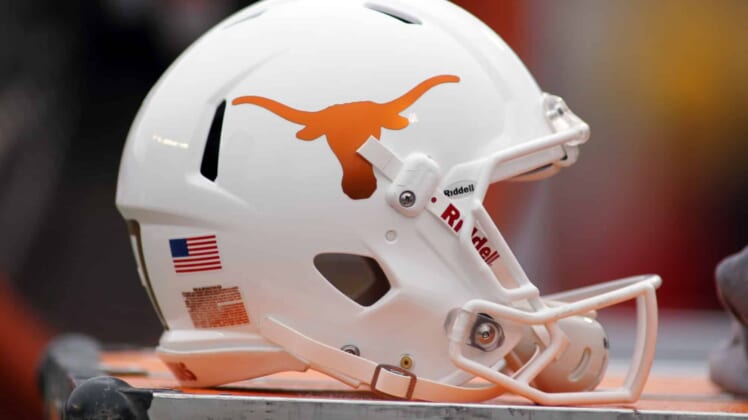 Joshua Moore was arrested and charged with a misdemeanor for unlawfully carrying a loaded handgun, and now the Texas Longhorns will be without him at least one game.

Head coach Tom Herman announced that Moore will be suspended for the season opener against Louisiana Tech, but could not say how long the suspension will last: “We’re gathering information,” Herman said Monday, according to ESPN. “We’re hoping the legal process is concluded soon.”

Moore was arrested in July, and the weapons charge was levied against him earlier in the month of August.

Last season as a freshman, Moore appeared in six games for the Longhorns, catching seven passes for 53 yards and one touchdown. He missed the second half of the season due to a injury.

Should Moore be held out for more than just the opener, then Texas would be without him against LSU in Week 2, at the least.