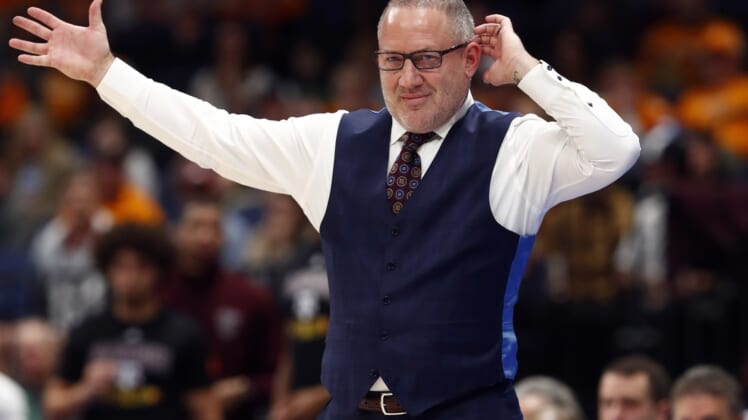 Both were projected near the bottom of their respective conferences, but after top-half finishes they still have more to prove when they meet Wednesday in an NIT quarterfinal game in College Station, Texas.

The Aggies (25-12) are the only remaining No. 1 seed in the NIT and head into Wednesday’s game after a 75-60 win after beating Oregon on Saturday. Quenton Jackson scored 17 points, 13 of them in the first half, to lead Texas A&M. Manny Obaseki added 11 points, and Wade Taylor IV and Henry Coleman III hit for 10 apiece in the victory.

“[Our excitement is] through the roof, but we can’t get too high,” Jackson said. “We’ll celebrate it for a minute, but then we’ll lock back in. Work ain’t done.”

The win was the 300th in coach Buzz Williams’ career. The Aggies finished tied for fourth in the SEC after being projected as 12th in the preseason poll. They have captured nine of their past 10 games, with the only loss in that stretch coming to Tennessee in the Southeastern Conference tournament final.

In seven previous appearances in the NIT, Texas A&M has never advanced past the third round. An NIT championship would allow the Aggies to tie the 2015-16 squad team with a program-high 28 victories.

The victory allowed the Demon Deacons, who started the season picked to finish 13th in the ACC, to reach the 25-win plateau for the first time since going 27-6 in the 2004-05 season.

Wake Forest, like Texas A&M, expected to be a part of the NCAA Tournament and is working to show wrong it was to have been snubbed.

“It’s about bouncing back,” Demon Deacons coach Steve Forbes said. “Just having that sour taste in your mouth and all those expectations and then you don’t get your name called on Selection Sunday. But it just shows that you can bounce back.”

The Demon Deacons are in their seventh NIT and are 12-5 overall in the event. They won the NIT championship in 2000.