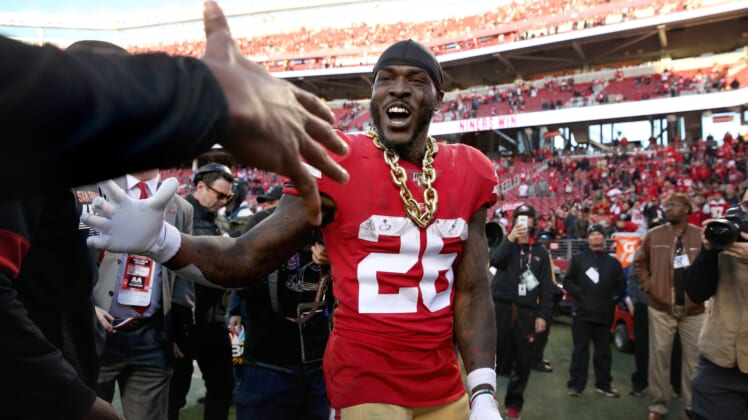 The news keeps getting better for Tevin Coleman ahead of Super Bowl LIV. The San Francisco 49ers running back graduated from individual drills to team practice on Friday.

Jennifer Lee Chan, reporting the news, noted it’s “a good indicator that he could be available to play” in the big game two Sundays from now.

Coleman suffered a gnarly dislocated shoulder in the first quarter of the NFC Championship Game against the Green Bay Packers. Head coach Kyle Shanahan wouldn’t rule him out for the Super Bowl after that game, though, and since then Coleman has made swift progress in his rehab.

During the regular season, Coleman tallied 724 yards and seven touchdowns from scrimmage. He was the star of the team’s divisional-round win over the Minnesota Vikings and can be a matchup nightmare.