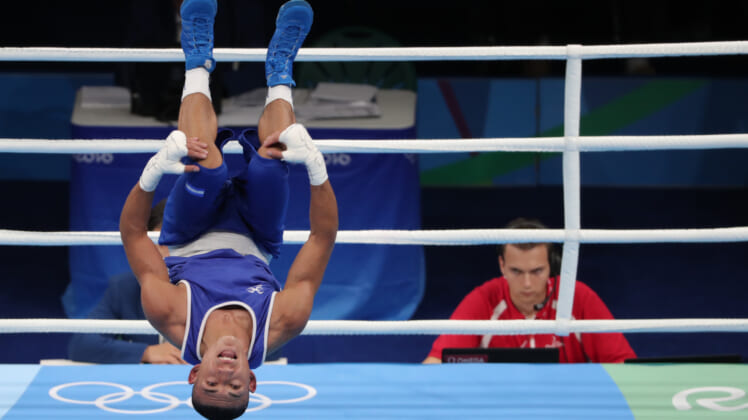 According to Ryan Kavanaugh, founder of Triller, Unified lightweight champion Teofimo Lopez has tested positive for COVID-19. As a result, his fight against George Kambosos Jr., set to take place this Saturday, has been postponed to August 14.

This was set to be his first title defense and his first fight on Triller since his temporary separation from Top Rank. Teofimo Lopez was looking to set up a unified lightweight title fight against WBC Lightweight champion Devin Haney to crown an undisputed fighter, pending a win over Kambosos.

Fighting out of Australia, this was set to be George Kambosos Jr.’s fourth career fight in the United States and his first career world title fight.

The undercard will be moved to August 14 along with the main event that was set to feature the return of heavyweight contender Michael Hunter and a fight to crown an undisputed women’s super middleweight champion between Franchon Crews Dezurn and Elin Cederroos.