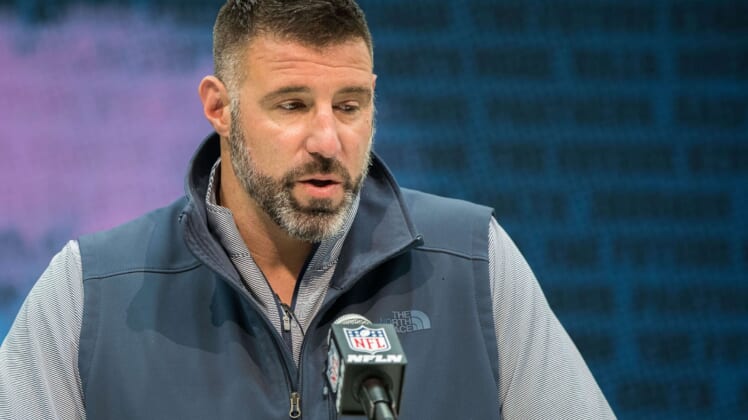 The sports world continues to grapple with the COVID-19 pandemic. As it does, Tennessee Titans head coach Mike Vrabel provided an updated look at when he expects players to be allowed at team facilities.

Vrabel: Players not expected on field until training camp

Speaking with Jim Wyatt of the team’s website Wednesday, Vrabel said he doesn’t think players will be allowed to return to the field until training camp.

The Titans, like all 32 teams, have lost their rookie camp this year. It’s a valuable time set aside each offseason to prepare these young players for their new jobs. Speaking on this, Vrabel said he’s hopeful there will be a way to make up for it during camp.

The league is preparing teams to open up their facilities soon. However, Vrabel said he doesn’t think any should open until all of them can.

That’s a tricky proposition. For instance, Arizona is open for business this Saturday. California may be weeks or months away from allowing its NFL teams to open facilities. That’s why some teams are reportedly looking to hold training camp out of state.

So far, the NFL continues to act like there will be a full season. Training camps are expected to start on time, too. But there are plenty of rumors that the season could ultimately be delayed. Stay tuned.