The NFL season has crossed its midway point and many shocking events have already occurred. For starters, the Denver Broncos got knocked off of their high horse by the Oakland Raiders in the AFC West.

Now, a star quarterback who scored three touchdowns last week, might not get so lucky facing the Super Bowl Champion team that defeated him in 2015.

Read on to see what bold predictions could evolve into reality as Week 10 of the NFL season plays out. 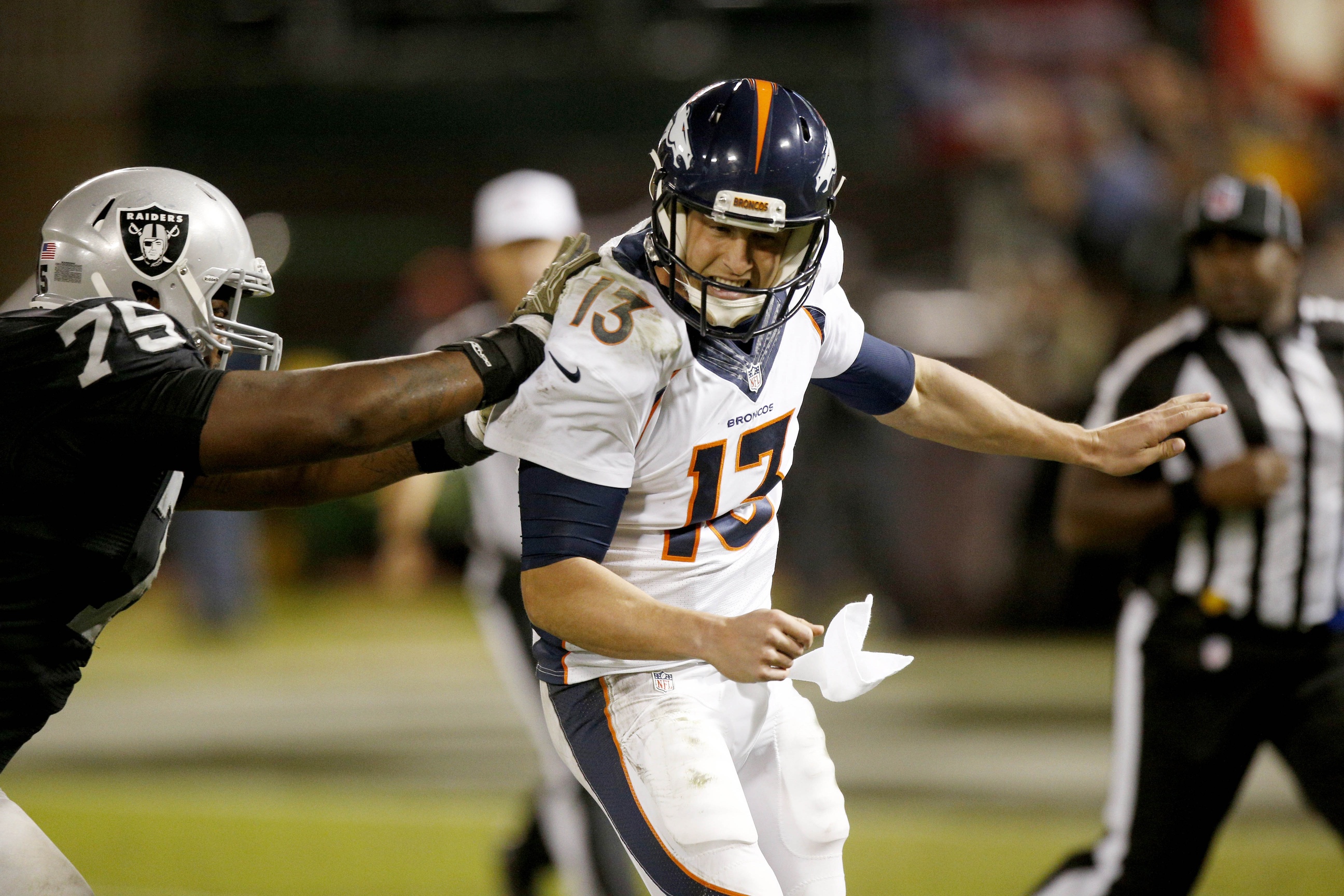 It is time for Drew Brees and the New Orleans Saints to strike while the iron is hot.

The Saints will host a struggling Broncos squad that just gave up a game to the Oakland Raiders. As a result, Denver slipped to third in the AFC West. New Orleans is enjoying second place in the NFC South after a dominating the hapless San Francisco 49ers on the road last week.

Back at home, Brees is set to conquer with another 300-yard performance. This is something Denver’s crumbling defense has yet to allow. Until now.

Running back Mark Ingram should also have another monster performance. After all, the Broncos’ defense just gave up 218 rushing yards and three rushing touchdowns to Oakland. It doesn’t take much math to project that Ingram and a blend of Tim Hightower are going to cash in big, again.

Offensively for the Broncos, quarterback Trevor Siemian and Co. are just not getting the job done. Better yet, the Saints have activated rookie pass rusher Sheldon Rankins. This could only prove troublesome for the young passer.

A Saints victory to the tune of 35-17 sounds about right against Denver in Week 10.

Gurley has yet to amaze his fans so far with a grand breakout performance. Unfortunately, he is strapped to the Los Angeles Rams that rank at the bottom of the heap when it comes to most offensive categories. The poor guy just cannot catch a break.

This week’s game against the New York Jets is finally the one Gurley should bust out. Over the last two weeks, the Jets have surrendered 205 rushing yards and two rushing touchdowns. This bodes well for Gurley.

Plus, we would have to think that Case Keenum will find ways to score. He will be up against a passing defense that has allowed 16 touchdowns. If the Rams can take advantage, Gurley should have more opportunities to break loose.

Should the Rams fold altogether, it might be time to write this season off. But, boldly we see Gurley finally shining and knocking a 150-yard performance out of MetLife Stadium this Sunday.

Calling for a down 4-4 Philadelphia team to beat the 6-3 Atlanta Falcons, coming from a long week, is big. But, the Eagles play at home and have won three of their past four against Atlanta in Philly.

Carson Wentz’s Eagles are going to get back on course and exploit Atlanta’s swiss cheese defense. The Falcons’ defense is giving up a mind-blowing total of 381.1 yards and 28.8 points per game.

Atlanta’s pass defense in particular is its own Achilles heel. It is the worst in the league, allowing opposing quarterbacks to complete 68.1 percent of their passes. Furthermore, it has given up 23 passing touchdowns. Surely, Wentz and his receivers can take flight.

Meanwhile, Philly’s pass defense ranks sixth-best and has allowed only a 57.8 percent completion rate. As a result, the Eagles are only giving up 18.1 points per contest.

Our conclusion is Matt Ryan and his high-flying team is going to get caught in Philly’s radar and lose by a small margin.

4. Cam Newton coughs up three turnovers to the Chiefs

Newton has thrown six interceptions compared to only nine touchdowns this year. At times, he is missing the broad side of the barn with errant passes. Currently, his pass completion rate of 57.7 ranks the lowest among all starting quarterbacks.

Now, Newton will come face to face with the NFL’s king of takeaways in the Kansas City Chiefs. Over eight games, Kansas City has recorded 12 interceptions and recovered eight fumbles. This is part of the reason the Chiefs are riding second place in the AFC West.

Defensive back Marcus Peters is tied atop the league with five interceptions. With Newton launching rockets into enemy fire, he is bound to throw a pick or two. Considering Newton has been sacked 21 times, he could lose a fumble on a fall. The Chiefs are averaging 2.4 sacks per game.

Lastly, if linebacker Justin Houston makes his return, watch out. It could be a long day for Newton as the Panthers try to scour up win No. 4.

The words Jay Cutler and elite do not exactly go together like peanut butter and jelly.

But in Week 10, Cutler and the Chicago Bears offense will command elite status. The Tampa Bay Buccaneers’ defense is not fooling many these days. Over the course of the past two games, opposing quarterbacks have racked up a total of 857 passing yards and nine total touchdowns against the Bucs. That is absolutely absurd.

Cutler should be primed to score plenty when he and the team hit the field in Tampa Bay. And even more appealing than this, the Buccaneers have managed only four interceptions on the season.

This enhances Cutler’s odds of staying clean all game long. Soaking all of this in, Cutler’s chances of rolling out a three-touchdown, 300-plus yard performance don’t seem too laughable.

6. Christian Ponder comes to the rescue in Arizona 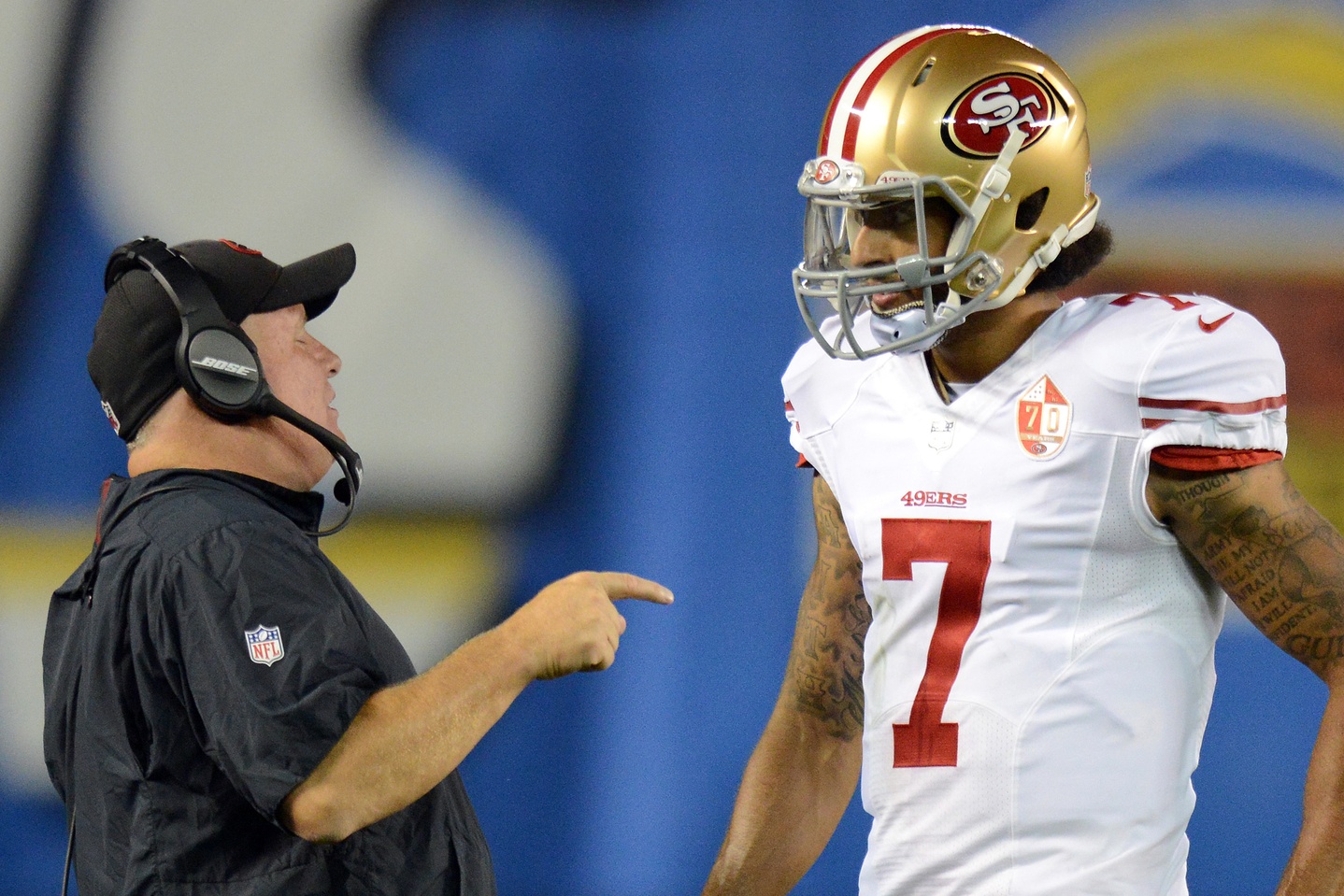 The 49ers made a quarterback change from Blaine Gabbert to Colin Kaepernick three games ago. The bottom line is the team still has one win on the books.

After two not-so-hot games, Kap improved his performance in Week 9. Unfortunately, San Francisco was defeated 41-23 by the Saints despite a better output from Kaepernick.

Now, the 49ers hit the road to play the Arizona Cardinals in Week 10. The Cardinals boast the No. 3 pass defense, and that is sure to unearth more trouble for Chip Kelly’s floundering team. That’s only magnified by the fact that Arizona has yielded only six touchdowns through the air.

Needless to say, the forecast for Kap looks gloomy. Desperate to win a second game, Kelly might just let backup quarterback Christian Ponder have a chance. After all, some folks are already on board the Ponder train.

The 49ers are going to play Christian Ponder soon. He was retired painting his house in August. He will look like the best QB on the roster

On a weekly basis, we are never sure which version of Rodgers will show up on game day. The offense is a bit off and Rodgers ranks 15th among his fellow quarterbacks in passing yards.

This is why we are calling for Mariota to have the superior performance on Sunday. Green Bay is missing some players on its defense and opposing quarterbacks are reaping the benefits.

In Week 8, Matt Ryan completed 80 percent of his passes facing the Packers’ defense. And, Andrew Luck and the Indianapolis Colts just pulled off an underdog win at Lambeau last Sunday.

While Rodgers is calling out his 4-4 Packers and pulling double duty as the team’s running back, Mariota is going to swoop in and reap the spoils.

He should finish the day with 275 passing yards, two touchdowns and one interception. And, Rodgers will pass for similar yards, score only one touchdown and also throw an interception. In the end, Tennessee wins by at least a touchdown.

Cousins ranks sixth in the league with 2,454 passing yards. But he’s also tossed seven picks in 321 pass attempts. This number is practically guaranteed to increase when Washington hosts the Minnesota Vikings in Week 10.

The Vikings have issues, but their defense ranks third against the pass. So far, it has managed 10 interceptions in eight games. It would be somewhat shocking to see Cousins walk away interception-free under Sunday’s game-day conditions.

It is bold, but Washington fans are going to watch Cousins be picked off three times. After he shakes off the dust, Washington will still win. Cousins’ offense ranks No. 7 and is averaging 410.3 yards and 23.3 points per game.

Whereas the Vikings have the most anemic offense in the NFL. Despite its efforts, Sam Bradford has only scored nine touchdowns, and the Vikings’ run game is practically non-existent.

In a trio of ugly back-to-back losses, Minnesota averaged only 12 points per game. Washington has allowed only eight passing touchdowns all season, so it is simple to do the math here.

9. Dallas holds Steelers to one field goal at Heinz Field 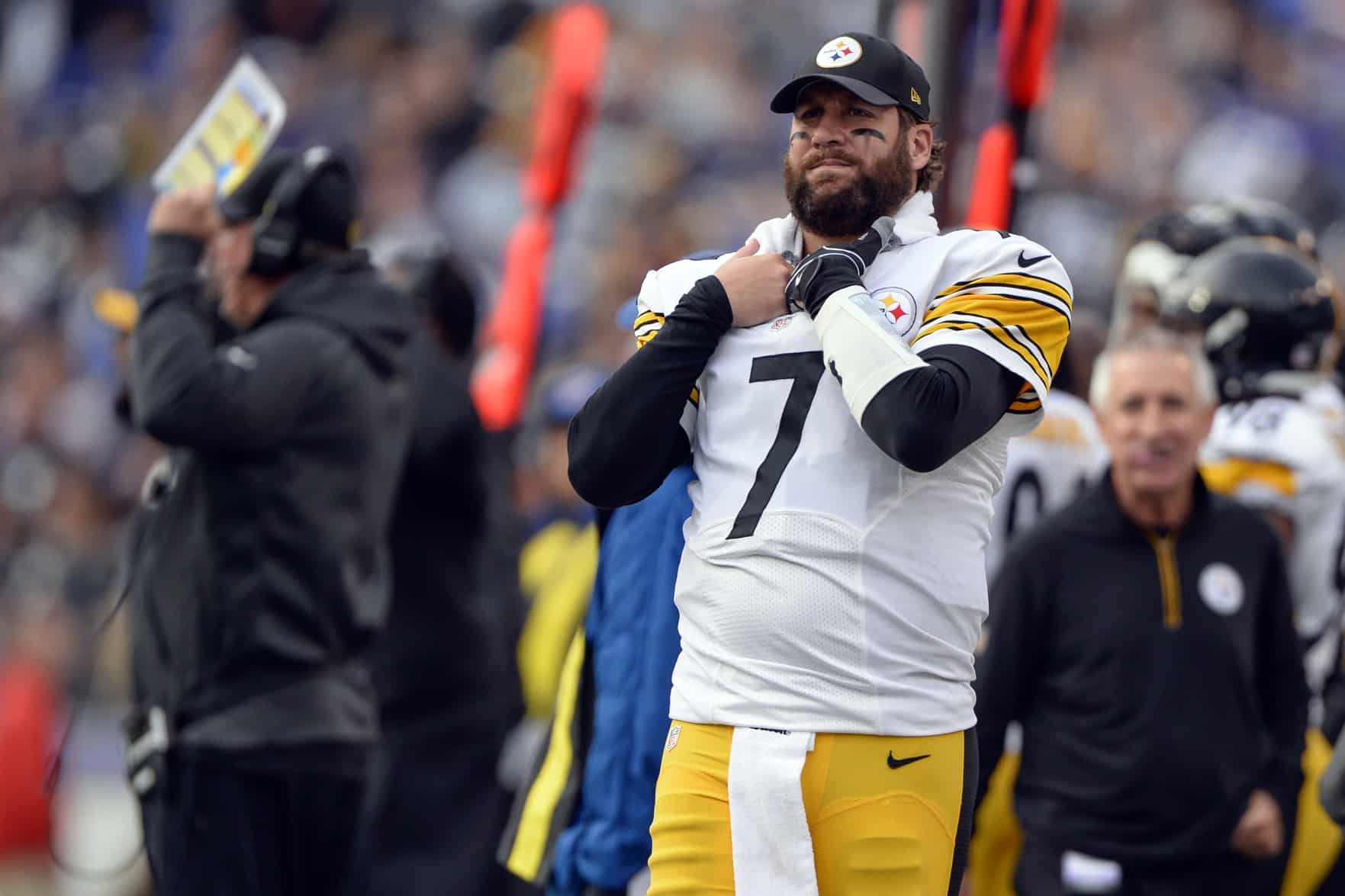 There is not much stopping Dak Prescott and his scorching hot Dallas team. The Cowboys successful run will continue when the rookie quarterback and his team hit Heinz Field in Week 10.

The Steelers started out the year strong, but have since lost their last three games. During that span, the team has averaged only 15 points per game. Things won’t get any better for Ben Roethlisberger and the gang this time around. Dallas’ defense has allowed only 17.5 points per game on the year.

Big Ben returned from his knee injury, but doesn’t appear to be quite back to his normal self. While he attempts to score through the air, running back Le’Veon Bell will be hitting walls. The Cowboys have only allowed three rushing scores all season.

As for Ezekiel Elliott, no team has any answers for stopping him. The Cowboys should be on par to score at least three or four touchdowns. All the while, the Steelers will be fortunate if Chris Boswell can kick one through the uprights.

The two teams have not faced each other since the Super Bowl two seasons ago. And, we all remember when Patriots’ cornerback Malcolm Butler made the game-deciding interception of Wilson.

Sweeping that bad memory under the rug, Wilson will arrive to Gillette Stadium after an amazing three-touchdown performance against Buffalo last week.

He was simply brilliant when he completed 76.9 percent of his passes for 282 yards and the three scores. But, he is not going to get so lucky against the New England Patriots.

New England’s defense is giving up only 16.5 points per game and has allowed only nine passing touchdowns on the season. Other than Wilson’s two passing scores from last week, he has scored only five other times through the air.

He is bound to revert back to his scoreless self this week. We might even be so bold to suggest that Butler has his way once again with another pick of Wilson.