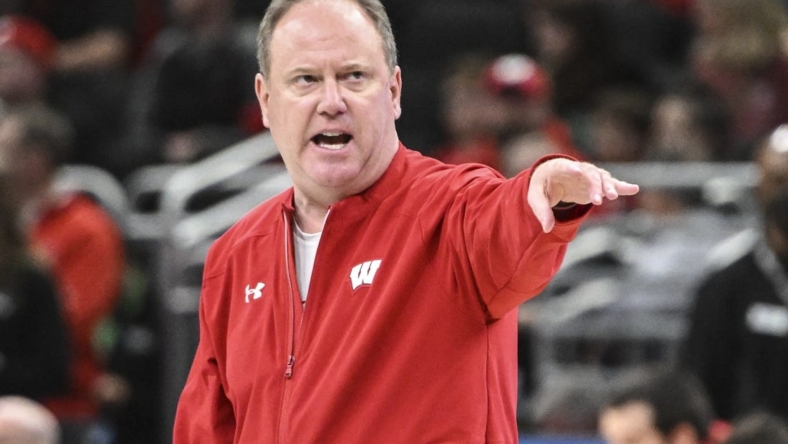 Taylor Wahl had 19 points and 10 rebounds and three other Wisconsin players scored in double-figures in the Badgers’ season-opening 85-59 win Monday night over South Dakota at Madison, Wis.

Wahl, who had 17 of his points in the second half, made 5 of 11 shots from the field and 9 of 10 from the free-throw line. He also had four assists to lead the Badgers.

Kruz Perrott-Hunt was South Dakota’s leading scorer with 21 points on 10-of-20 shooting from the field.

He had only four points in the second half on 2-of-7 shooting from the field.

Paul Bruns finished with 10 points for the Coyotes.

Wisconsin, which never trailed, started taking control of the game in the last 2 minutes of the first half, outscoring South Dakota 8-2 to take a 38-28 halftime lead.

Hepburn, a true freshman, made two 3-pointers in that stretch.

A 1-for-11 stretch from the field for South Dakota bridging the first and second halves allowed Wisconsin to take a 40-28 lead with 18:30 left.

South Dakota did not come closer than 15 points afterward.

The Coyotes went 2-for-15 from 3-point range in the game. They missed their first 12 shots from beyond the arc before A.J. Plitzuweit’s triple with 9:05 left.

Wisconsin made 12 shots from 3-point range, converting 46.2 percent from there.

The Badgers made 50.9 percent of their shots overall.

The Coyotes produced only seven assists with 10 turnovers.

The Badgers improved to 6-1 in season openers under Greg Gard.