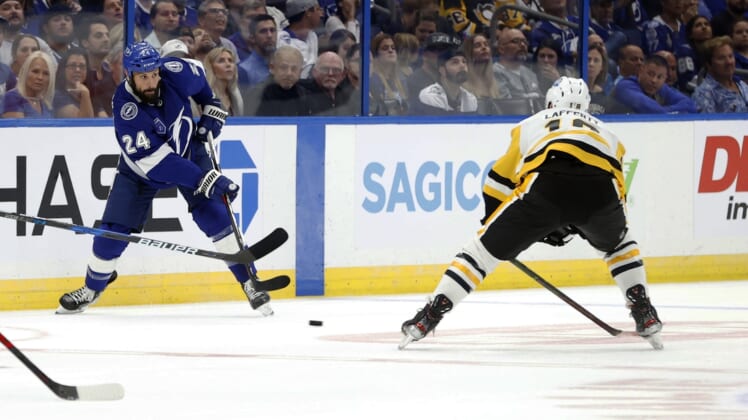 Bogosian, 31, sustained the injury during Tuesday night’s season-opening setback to the Pittsburgh Penguins. He registered a minus-2 rating and logged 14:14 of ice time in the 6-2 home loss.

The Lightning recalled defenseman Andrej Sustr from Syracuse of the American Hockey League on Thursday to replace Bogosian, who was playing in his first game since signing a three-year, $2.55 million contract in the offseason.

Bogosian recorded 200 points (53 goals, 147 assists) in 690 career games with the Atlanta Thrashers, Winnipeg Jets, Buffalo Sabres, Toronto Maple Leafs and Lightning. He was selected by the Thrashers with the third overall pick of the 2008 NHL Draft.

Sustr, 30, has 63 points (10 goals, 53 assists) in 323 career games with the Lightning and Anaheim Ducks. He spent the past two seasons with Kunlun Red Star of the Kontinental Hockey League.