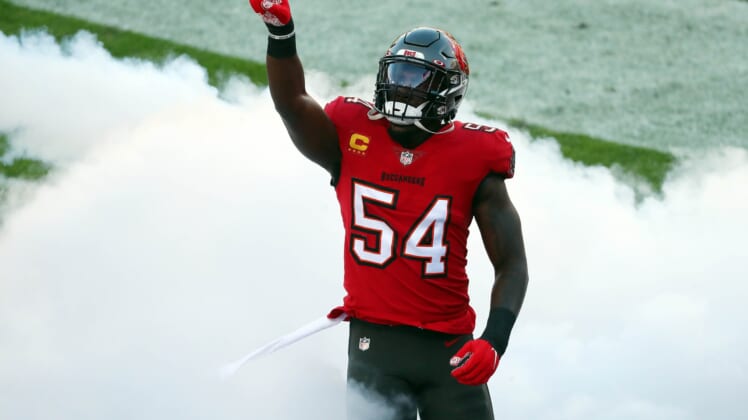 With the NFL free agent market slated to open next week, the Tampa Bay Buccaneers are taking care of some business. That now includes bringing back Pro Bowl linebacker Lavonte David.

According to NFL Media’s Ian Rapoport, Tampa Bay has re-signed the impending free agent to a two-year, $25 million contract. This has to be seen as a steal for the Tampa Bay Buccaneers. A Pro Bowl performer back in 2015, David will now be the sixth highest-paid inside linebacker in the NFL based on average annual salary.

Coming in at No. 10 on our list of the top-50 NFL free agents this year, David is an important cog on defense for the defending champion Buccaneers.

Last season saw him record 117 tackles (82 solo), 12 tackles for loss, six passes defended and three forced fumbles. He should have earned a second trip to the Pro Bowl in a career that has now spanned nine seasons.

For the Buccaneers, this move comes mere hours after they placed the franchise tag on star wide receiver Chris Godwin. That move put Tampa Bay up against the cap.

It had $2.15 million in cap room prior to the David news. This means other moves are on store for the Buccaneers leading up to the start of NFL free agency next week. That will likely include signing Tom Brady to a contract extension after he led Tampa Bay to a shocking Super Bowl title this past season.

We’re highly intrigued to see what happens with Tampa Bay moving forward during the NFL offseason. For now, the team retains its longest-tenured player. That has to be seen as a good thing.