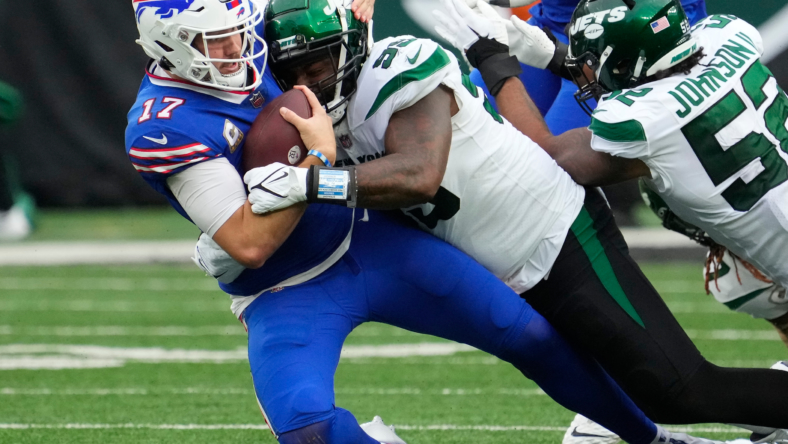 The Superbowl favorite Buffalo Bills hit a huge roadblock on Sunday afternoon in New Jersey, as they lost in stunning fashion to the New York Jets, 20-17.

The Jets’ defense intercepted quarterback Josh Allen twice on their way to a late come-from-behind win. Head coach Robert Saleh had his defense ready for this big test, stating after the game, “We’re too young to flinch.” On top of keeping Allen at bay, the Jets held the Bills running backs to a combined 39 yards rushing.

Related: NFL standings – Find out who leads each division after Week 9

Let’s take a look at the biggest takeaways from the Buffalo Bills’ stunning Week 9 loss.

Allen finished the game 18/34 for 205 yards and two INT. The MVP favorite did make up for his lack of passing with his legs, however, with nine rushes for 86 yards and two touchdowns. While that was still almost good enough to get the win, this game was very reminiscent of a young Allen. He made two horrible throws on both of his interceptions, each while he had wide-open options he was targeting.

He took five sacks, which was nearly half the amount of sacks he’s had all year. After his favorite target Stefon Diggs, Allen struggled to find a consistent target to go to for help in big spots. Wide receivers Isaiah McKenzie and Gabe Davis both struggled again to find openings, and both had key drops on balls they should have caught.

The defense held its own but eventually wore out

The Bills entered the game without Jordan Poyer and Matt Milano and it showed. The defense did a great job for most of the game, getting to Wilson for two sacks and holding the Jets to just 154 yards in the air with a banged-up secondary. But the plan for the Jets was to run the ball and run the ball they did.

Without two of their best run stoppers and tacklers, the combination of newly acquired James Robinson and starter Michael Carter, went for 124 yards on the ground, a lot of which came in the Jets’ final drive of the game that ate up a bunch of time and ended with the game-winning field goal.

At the trade deadline, the Bills made a last-second deal for the Colts’ Nyheim Hines. It seemed to solidify the fact that the offense finally got that piece they had been looking for all season. If you remember J.D. McKissic backed out of an agreed deal with the team in the off-season. Then, the Bills used a day-two pick to draft running back James Cook, in hopes they may have found that skill set in him.

While he has struggled to fit into that role, rumors started that the team was looking into trades for Christain McCaffrey or Alvin Kamara. With the prices too high on those players, the Bills would settle on Hines, and if his first game is any inclination, it may not be much to write home about. He had one punt return for 18 yards but did not touch the ball on the offensive side of the ball. 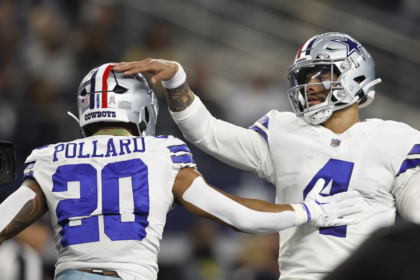 What’s next? Bills look to get healthy as Diggs eyes matchup with former team

Next week the Minnesota Vikings come to Orchard Park in what may turn into the game of the week on the NFL schedule. A lot of question marks remain about the health of many Bills on both sides of the ball, maybe none more important than Allen’s, who looked to hurt his forearm on the second to last play of the game.

Poyer, Milano, and offensive lineman Spencer Brown will all need to get back on the field next week for the Buffalo Bills to be back to full strength to face Kirk Cousins and the Vikings. Stefon Diggs will face his former team for the first time since being traded in 2020.