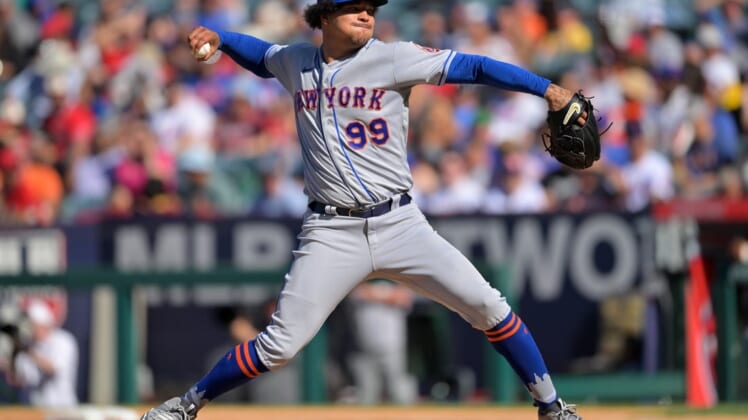 Taijuan Walker struck out a season-high 10 batters and Pete Alonso and J.D. Davis each belted a solo homer to fuel the visiting New York Mets to a 4-1 victory over the Los Angeles Angels on Sunday in Anaheim, Calif.

New York’s Starling Marte had an RBI double in the third inning and scored on Alonso’s single in the seventh. Jeff McNeil collected three singles for his fourth multi-hit performance in his last six games for the Mets, who took two of three in the series and finished 5-5 on their California road trip.

Mike Trout had an RBI single in the first inning and Brandon Marsh and Matt Duffy each had two hits for the Angels, who have lost 16 of their last 18 games.

Walker (4-2), who entered the game with just 25 strikeouts over 46 2/3 innings, allowed one run on six hits in six innings to snap a modest two-start losing skid on Sunday. Seth Lugo bridged the gap to Edwin Diaz, who struck out five batters to highlight his five-out save.

Davis deposited a first-pitch fastball from Patrick Sandoval (3-2) over the ball in left field to stake New York to a 2-1 lead in the fourth inning. Davis’ homer was his second of the season and first since April 24.

The homer also was the first surrendered this season by Sandoval, who allowed two runs on eight hits with eight strikeouts over six innings.

New York doubled its advantage in the seventh inning after Alonso’s infield single was knocked down by Duffy. The second baseman, however, was off target in his bid to get Marte at home.

Alonso crushed his team-leading 18th homer of the season to provide insurance with two outs in the ninth inning.

Marsh ripped a double off Walker to lead off the first inning before scoring the game’s first run following Trout’s RBI single to left field.

New York forged a tie at 1-1 in the third inning after center fielder Tyler Wade misplayed Marte’s fly ball. The ball sailed over the head of Wade, allowing a scampering Brandon Nimmo to score from first base.