Syracuse in rare position of seeking revenge vs. Colgate 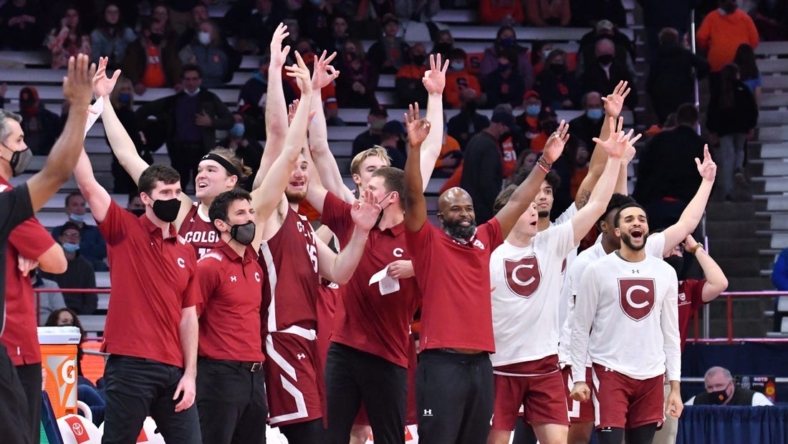 Syracuse is out for revenge against Colgate for the first time in six decades when the teams square off Tuesday.

The host Orange are looking to bounce back from last year’s loss to the Raiders — their first defeat in the series since 1962. They had won 54 straight games vs. Colgate, which is their most frequent all-time opponent, before falling 100-85 at the Carrier Dome last November. The schools are separated by just 38 miles in upstate New York.

“We’re not winning any games if this is the defense,” Syracuse coach Jim Boeheim said after that loss, while Colgate coach Matt Langel beamed that he was “immeasurably proud” of his team.

The Orange (1-0) are coming off a 90-72 triumph over Lehigh in their season opener. Joe Girard scored 19 points and Jesse Edwards chipped in 18 points and 11 rebounds.

“It’s early. There’s a long way to go. We’ve got a lot of work ahead of us,” Boeheim said. “This was a much better overall outing than the first two exhibition games. So, try to build on this.”

“I thought Judah was really good. Second half, end of the first half, played really well under control,” Boeheim said. “Got in the lane, made some really good plays.”

Colgate (2-1) split its first two games against Buffalo and Brown before posting a comfortable 93-60 victory over Wells College, a Division III school. Tucker Richardson (team-high 19.0 points per game) led the Raiders with 15 points in that one, while Ryan Moffatt added 11 points.

“We just need to find ways to get better and collectively be a better group that is functioning at the level that we’ve come accustomed to,” Langel said. “We’re not doing either of those things early in the season. With one day of preparation before our next game, we’ll study the opposition and be ready to play better at Syracuse on Tuesday night.”