Suspension of sports due to COVID-19 will cost staggering amount 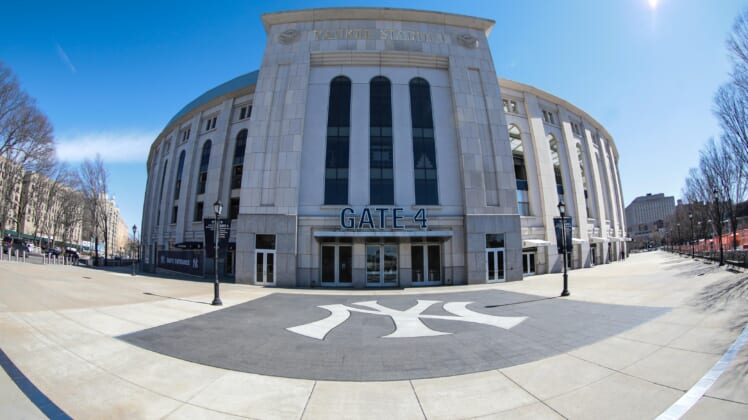 The COVID-19 pandemic brought the world of sports to a stop in an instant in the United States. Now, even with league executives and health officials doing everything they can to bring sports back, the economic fallout from the pandemic could hurt sports for years to come.

It’s been nearly two months since the NBA, NHL, MLB and amateur sports suspended their seasons due to the coronavirus. While steps are being taken to bring professional sports back, the financial damage might already be done for sports across the country.

COVID-19 will cost the sports world at least $12 billion

According to a recent analysis conducted for ESPN, it was found that the entire sports industry is already set to lease at least $12 billion in revenue due to sports shutting down during the COVID-19 pandemic. Additionally, the industry is expected to lose hundreds of thousands of jobs due to the indefinite suspension of sports.

The latest analysis comes just over a month after it was found MLB could lose upwards of $2.5 billion if the MLB season is suspended until July. At the collegiate level, the NCAA could lose more than $400 million in revenue after canceling March Madness and suspending all sports in the spring. The NBA is also at risk of losing at least $1 billion, even after playing a majority of its games before the shutdown.

According to the analysis, conducted by Patrick Rishe of Washington University in St. Louis, professional sports are set to lose $5.5 billion. The collegiate level is projected to lose at least $3.9 billion and the youth sports industry could lose upwards of $2 billion due to the COVID-19 pandemic.

While there is still hope the MLB season could start in July and the NBA is working towards a comeback, the damage is already done. Even more concerning for the sports world, the economic hits will get even worse if sports aren’t allowed to return this year.

NFL, college football will lose staggering revenue due to coronavirus

The NFL still anticipates playing a full season this year and colleges are anticipating a football season in 2020. However, even in that scenario where football is played in the fall, there will still be an unprecedented economic impact.

If NFL games are played without fans in attendance, a real possibility, the NFL could lose $3.2 billion in revenue. If that happens, the league could reduce its salary cap in 2021 by more than $40 million and the fallout would last for years to come.

Meanwhile, colleges across the country stand to lose tens of millions of dollars if the college football season is delayed. Even while actions are being taken to bring it back this fall, teams might be playing in empty stadiums or with significantly reduced crowd sizes.

If both the NFL and college football can’t return, a realistic scenario if there is a second wave of COVID-19, estimates project it could cost more than $12 billion.

The COVID-19 pandemic has left a crushing economic blow on the entire globe. While sports have often been immune to major economic difficulties in the past, that is changing due to the pandemic. If the sports industry loses more than $25 billion this year, everyone will feel the fallout from it for years to come.