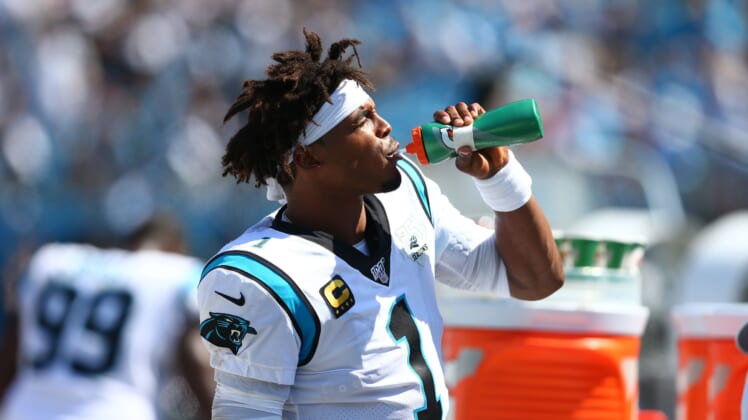 Nearly two months after being released by the Carolina Panthers, Cam Newton remains a free agent without the slightest indicator he’ll be signed anytime soon. However, with training camp drawing closer, the market for the former NFL MVP might be heating up.

Now that Newton, a three-time Pro Bowl selection, is open to being a backup quarterback, there is suddenly interest from at least one team in the 31-year-old quarterback.

According to ESPN’s Jeremy Fowler, the Seahawks would be open to adding Newton as a veteran option behind Russell Wilson for the 2020 season.

The Seahawks have never been afraid to make big moves, especially during the offseason. Under normal circumstances, Newton likely would have been scooped up immediately. However, due to the COVID-19 pandemic shutting down team facilities, organizations aren’t able to examine Newton and conduct a physical.

Newton is the top free-agent talent on the market and would instantly become the best backup quarterback in the NFL with the ability to step in and play at a high level as a starter. While the Seahawks are open to signing him, the team will only do it if they don’t have to pay a lot for a No. 2 quarterback.

Just a few years removed from throwing 24 touchdowns with a 94.2 quarterback rating in 2018, Newton is an outstanding quarterback when healthy. But organizations are concerned about his durability and the questions can’t be answered with teams unable to invite him in for a workout and physical.

If Newton is ultimately willing to put his salary demands and a desire to start aside, Seattle could be an ideal landing spot. He would be part of one of the NFC’s best teams, could keep the Seahawks in contention if Russell Wilson gets hurt and could enter free agency next offseason.

While taking the same path as Andy Dalton and Jameis Winston might not be what Newton wanted, it could be the best move for his career.