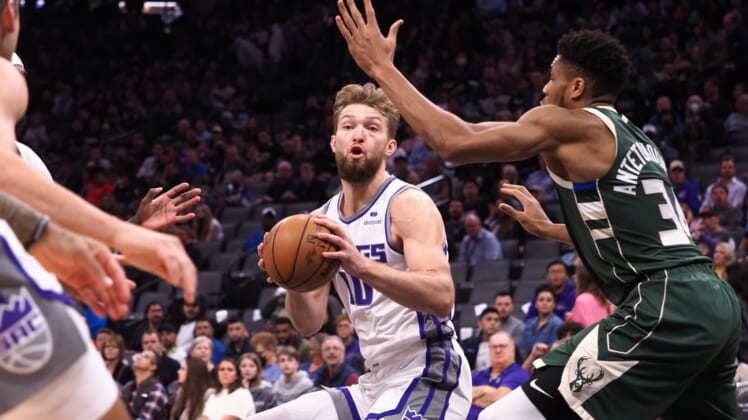 The Boston Celtics look to continue their rise in the Eastern Conference while the Sacramento Kings continue in the fast lane toward another trip to the NBA lottery when the clubs duel Friday night in the California capital.

The Celtics have used 24 wins in their past 31 games to move into the fourth position in the East, only one game behind the Philadelphia 76ers, two back of the Milwaukee Bucks and four games off the Miami Heat’s conference-leading pace.

The Celtics continued their move north in the standings with a dominant 110-88 win over the Golden State Warriors on Wednesday night to open a four-game Western swing.

Jayson Tatum (26 points), Jaylen Brown (26) and Marcus Smart (20) led the offense for the Celtics, whose defense moved within percentage points of overtaking the Dallas Mavericks as the NBA’s stingiest.

“Another great defensive performance from us,” he said, “but still nowhere near our best game offensively.”

The Celtics were so impressive on defense, they actually were more efficient before Golden State star Stephen Curry was lost for the game in the second quarter with a foot injury. The Warriors had totaled just 25 points in the 20 minutes they had a healthy Curry on the court, and they put up 63 in the final 28 minutes without him.

The Warriors, who entered the game having won four in a row while averaging 118.3 points in the run, were held to 37.2 percent shooting overall and 22.9 percent on 3-point attempts.

The Kings know the feeling. They were held 10 points below any other game this season when they were smothered 128-75 in a loss at Boston on Jan. 25.

Sacramento shot 30.5 percent overall and 18.2 percent from 3-point range in the defeat.

That was the pre-Domantas Sabonis Kings, however. Since the big man was acquired from the Indiana Pacers and debuted for Sacramento on Feb. 9, the club has averaged 114 points while shooting 47.7 percent.

Sabonis has been the driving force, with five games over 20 points, including 22 in each of his past two against the Chicago Bulls and Milwaukee.

The Kings split those two contests, with the win (over the Bulls on Monday) having been their only victory in the past six games. They have fallen four games out of the final play-in spot in the West with just 11 games remaining.

After a competitive effort in a 135-126 home loss to the Bucks on Wednesday, Kings interim coach Alvin Gentry asserted that his guys haven’t given up.

“I couldn’t be prouder of the way these guys competed,” he said. “For 48 minutes, we just hung in there. We battled a really, really good, elite team and had opportunities at the end of the day. From a competitive standpoint, I thought we did everything we could possibly do to try to win the game.”

While the Kings will be facing the Celtics for a second time this season, Sabonis will be seeing them for a third time. He put up a triple-double — 11 points, 22 rebounds, 10 assists — during Indiana’s three-point loss at Boston on Jan. 10.