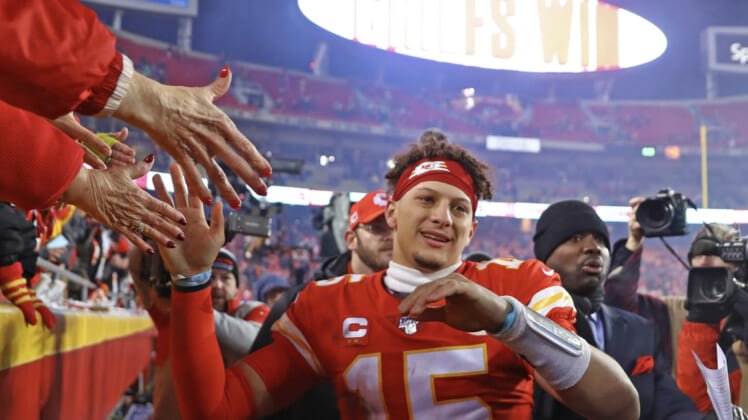 When the NFL decided to move the Super Bowl back a week years ago, it led to two weeks of stories to cover one game.

In the end, it’s also led to some worn-out narratives on a near never-ending loop as the media turns its attention to the biggest game on the NFL’s calendar.

Here, we check in on five mind-numbing narratives we’re already sick of hearing heading into the big game Feb. 2.

After attempting just eight passes in San Francisco’s blowout win over the Green Bay Packers in the NFC Championship Game, a lot has been made about Garoppolo’s inability to go toe-to-toe with Patrick Mahomes. That’s utterly foolish in every possible way.

First off, Garoppolo is not as good as the reigning NFL MVP. No one is arguing that he is. He doesn’t need to be with San Francisco boasting a dominant defense that was on full display against both Green Bay and Minnesota.

Secondly, Garoppolo is not chopped liver. As to where Mahomes has posted a 27-8 record throughout his career, Garoppolo is 23-5. He went into New Orleans and defeated Drew Brees in a shootout and outplayed Russell Wilson in Seattle to clinch the NFC West in Week 17. Garoppolo is more than capable of putting up a big game. Stop with this narrative.

We get it. Joe Montana played for both the 49ers and Chiefs. Apparently, he needed to be made aware of this when congratulating San Francisco for its NFC title. Montana won four titles with the 49ers and played just two seasons in Kansas City. He’s also now predicting that one of his former teams will win the big game. Way to go out on a limb!

Steve Bono and Elvis Grbac. Two other quarterbacks that played for both the 49ers and Chiefs. Yeah, us children of the 1980s and 1990s knew that long before this Super Bowl matchup came to fruition.

Maybe we should focus on Steve DeBerg, too. He was the 49ers’ starter before Montana in 1979 and ultimately led Kansas City to consecutive playoff appearances in 1990 and 1991, mere years before Joe Cool took over. Fun stuff, right?

Andy Reid as the sentimental choice

Twenty-one years as a head coach. A total 15 playoff appearances. Seventeen winning seasons. Kansas City’s head coach is already bound for the Hall of Fame. But there is one thing Reid is missing. A Super Bowl title.

Narratives surrounding this include those bystanders not partisan to either team rooting for Reid to come away with the hardware. Cool stuff.

Though, what about a 49ers squad that won four games last season and a total of 10 games in Shanahan’s first 32 as their head coach? Normally, a Cinderella story like what we’ve seen in Santa Clara would be the name of the game. That’s obviously not the case here. Hey, at least the Patriots are not in it for the entire nation to root against. Some silver lining.

A photographic memory. The ability to call pass interference before the officials. Whatever the reason, Shanahan is finally getting play as an offensive mastermind heading into Super Bowl LIV.

It’s not like the young head coach seemingly flipped a switch in leading his 49ers to a dominating rushing attack in the NFC Championship Game. Shanahan has long been considered a prodigy around NFL circles. We’re now hearing about it on a never-ending loop. Yawn!

Chiefs to win in dominating fashion

Reports surfaced earlier in the week that unnamed team executives and coaches around the NFL think that the Chiefs are going to absolutely blow out San Francisco come Feb. 2.

What in the world have we seen this season that suggests this is going to be the case?

Let’s look at some stats. As mentioned above, Garoppolo is 23-5 in his career as a starter. In games that the 49ers’ quarterback has finished in his career with the team, San Francisco lost three on the final play and suffered an eight-point defeat at the hands of the Minnesota Vikings back in Week 1 of 2018.

The Chiefs could very well win. It wouldn’t even be a surprise. But don’t expect a blowout in either direction. Stop that narrative right now.