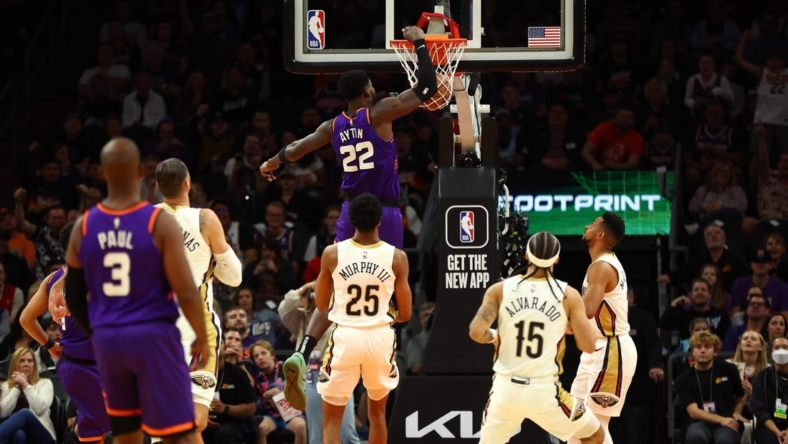 Phoenix Suns center Deandre Ayton sprained his left ankle in the first quarter of Friday night’s game against the New Orleans Pelicans and was later ruled out for the rest of the contest.

Ayton grabbed at the ankle after landing on the foot of New Orleans big man Jonas Valanciunas. He had four points and three rebounds in seven-plus minutes.

Ayton, in his fifth NBA season, all with the Suns, began the night averaging 18.3 points, 9.5 rebounds and 2.5 assists.

Meanwhile, the Pelicans played without forwards Brandon Ingram (concussion) and Zion Williamson (hip, back) and guard Herb Jones (knee) for the second straight game. All three were injured during Sunday’s game against the Utah Jazz.