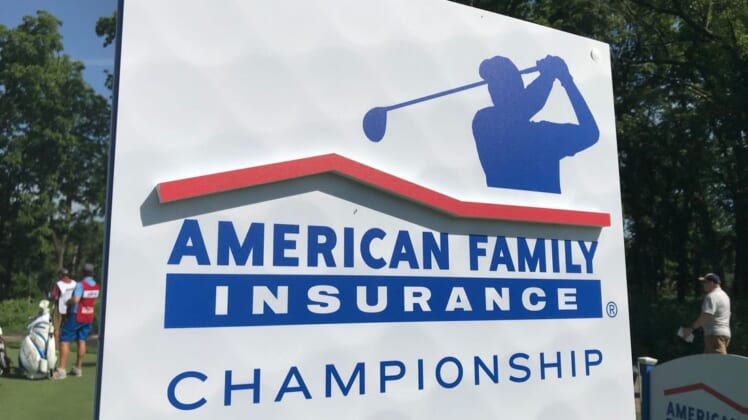 Steve Flesch shot a 7-under-par 65 on Friday to take a one-shot lead through the first round of the American Family Insurance Championship in Madison, Wis.

Flesch birdied three of his last five holes at the University Ridge Golf Course to jump in front in the PGA Tour Champions event. Spain’s Miguel Angel Jimenez and Scotland’s Colin Montgomerie are tied for second place at 66.

After recording an eagle on the par-5 11th hole, Flesch recorded his only bogey of the day on the 12th. He then reeled off birdies on the 14th, 15th, and 16th holes. Flesch birdied six holes on the day, which began with light showers and overcast skies.

“I’ve got a nice streak going,” Flesch said. “I got up and down when I had to today and I putted great, and that usually will translate into a good score.”

Montgomerie, who recorded a bogey-free round, shot his lowest 18-hole score of this Champions season. He is seeking his eighth Champions win while Jimenez is looking for his 13th victory on the circuit.

Flesch is aiming for his third Champions tour victory, having won the Mitsubishi Electric Classic in 2018 and last month. His previous best in the American Family Insurance Championship is 12th place, in 2019 and 2021.

This is his fifth appearance in the tournament.

Kelly, the defending champion, was even par through his first 13 holes before closing on a hot streak. He birdied No. 13 and No. 17, sandwiching an eagle at the par-5 16th hole, where he rolled in his putt from just off the green.

“You’ve got to be up and around (the lead) or you know you’ve got to shoot a 7, 8, 9 (under) to even usually come back within three,” Kelly said. “We know what it takes out here. You learn you’ve got to get in there.”