New England Patriots’ running back Stevan Ridley, who has apparently taken up shopping as a pastime, recently picked up a $20,000 jewelry tab which included items teammate Danny Amendola selected.

According to TMZ, Ridley was shopping at Nialaya Jewelry Store in Los Angeles with Amendola and Ron Brooks, his former LSU teammate. The three guys did quite the damage picking out a bunch of jewels that tallied up at $20,000 at the end of their spree. Ridley, who had an extra dose of generosity in him, paid the entire tab. 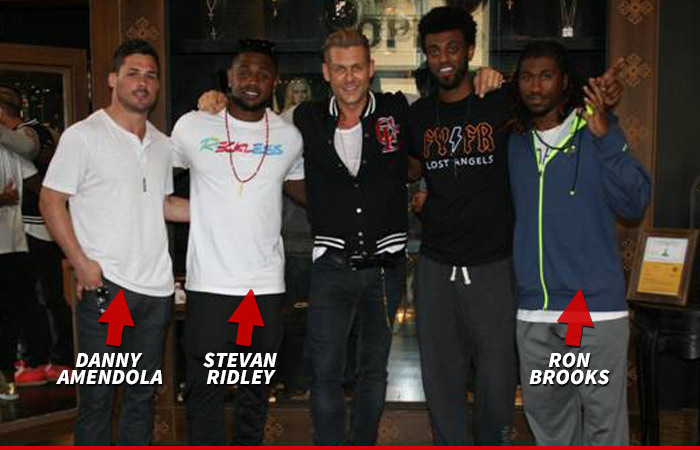 Boy, I’d sure love to go on a shopping spree with Ridley who must take quite the pleasure in treating others.

Sadly, Ridley must find a lot of spare time on his hands due to his season-ending injury when he suffered MCL and ACL tears in his right knee just last month. Perhaps rolling around in all his bling will help him feel just a little bit happier.