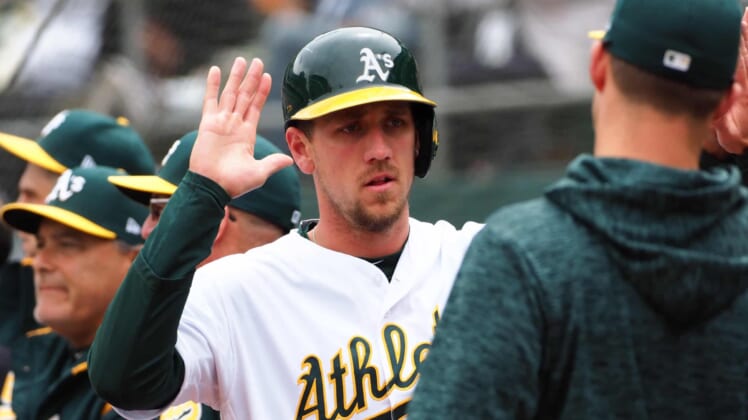 It’s been an emotional time for Oakland Athletics outfielder Stephen Piscotty. Piscotty received a long standing ovation in his first at-bat following the death of his mother, Gretchen. Then, after leaving the team for a time, Piscotty returned on Tuesday against the Boston Red Sox.

In his first game back, Piscotty promptly launched a towering home run over Boston’s Green Monster.

It was Piscotty’s third home run of the year. It’s hard to imagine that he’s ever hit a much more memorable shot than that one.