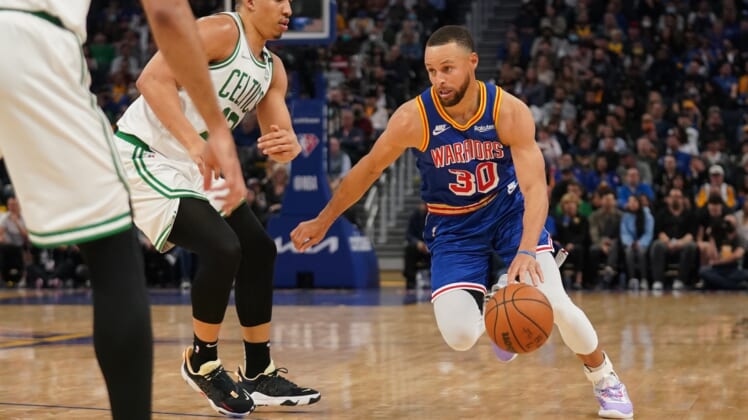 Golden State star Stephen Curry sustained what was labeled by a team spokesman as left foot soreness in the second quarter of the Warriors’ Wednesday home game against the Boston Celtics and was ruled out for the second half of the contest after a halftime examination.

The injury occurred with just over four minutes remaining in the second quarter when Curry, struggling to keep possession of the ball near midcourt, had Boston’s Marcus Smart land on the back of his left leg while diving for possession.

Curry had his foot twist awkwardly in the incident, and shortly thereafter had to be removed from the game. He headed straight to the locker room, walking under his own power, for further examination, after which a decision was made to keep him out for the remainder of the game.

The Warriors were losing 33-25 at the time of the incident. Curry had been limited to three points, a 3-pointer, in 14 minutes.

Golden State trailed 48-32 at halftime, its lowest scoring output in any half this season.