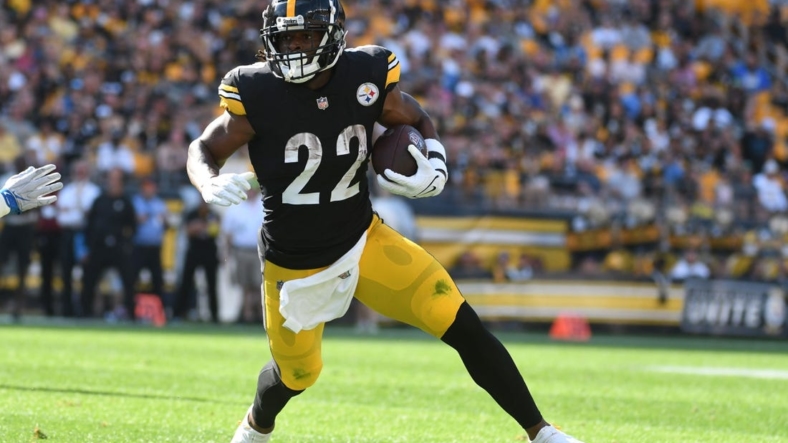 Pittsburgh Steelers running back Najee Harris said a foot injury he sustained in Sunday’s season-opening victory isn’t serious and he intends to play in Week 2 against the New England Patriots.

Speaking with SiriusXM’s Mad Dog Sports Radio, Harris said the injury is “nothing too crazy.”

“I’ll be back at practice this week. And then I will be playing this weekend,” Harris said.

Harris limped off the field late in the fourth quarter of the Steelers’ 23-20 overtime win in Cincinnati.

The 24-year-old Harris was a Pro Bowl selection in 2021 after the Steelers selected him in the first round of the draft from Alabama. He played in all 17 games and ran for 1,200 yards and seven touchdowns. He also caught 74 passes for 467 yards and three scores.

He signed with the New York Giants in March 2021 but was released after being suspended six games for violating the NFL’s policy on performance-enhancing substances.

Watt, the 2021 NFL Defensive Player of the Year, is out indefinitely after tearing a pectoral muscle during Sunday’s season-opening win against the Cincinnati Bengals.