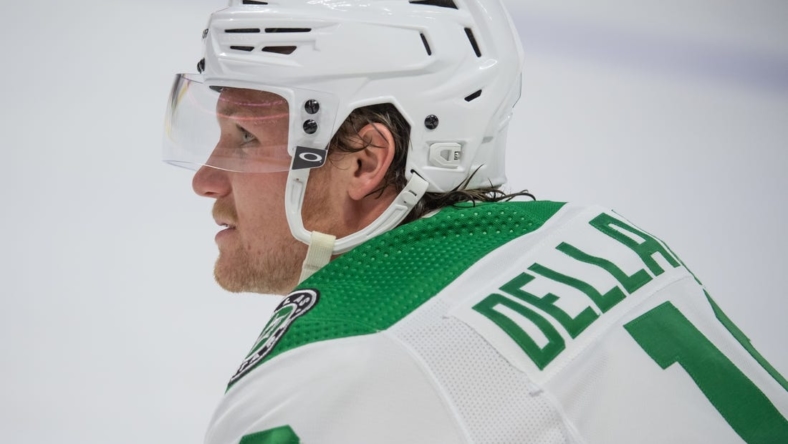 Dallas Stars forward Ty Dellandrea was fined $2,333.33 by the NHL on Sunday for goalie interference on Igor Shesterkin of the New York Rangers.

The fine is the maximum allowable under the league’s collective bargaining agreement.

Dellandrea skated through the crease and clipped the back of Shesterkin’s skate, knocking the reigning Vezina Trophy winner to the ice with 22 seconds remaining in the first period of Saturday’s game. Shesterkin was down on the ice for several moments before continuing to play in the game.

Dellandrea, 22, was whistled for a tripping penalty and a roughing penalty for his subsequent involvement with Artemi Panarin.

Dellandrea has three assists in nine games this season. He has eight points (three goals, five assists) in 36 career games since being selected by the Stars with the 13th overall pick of the 2018 NHL Draft.