Sporting KC back on solid ground vs. Nashville SC 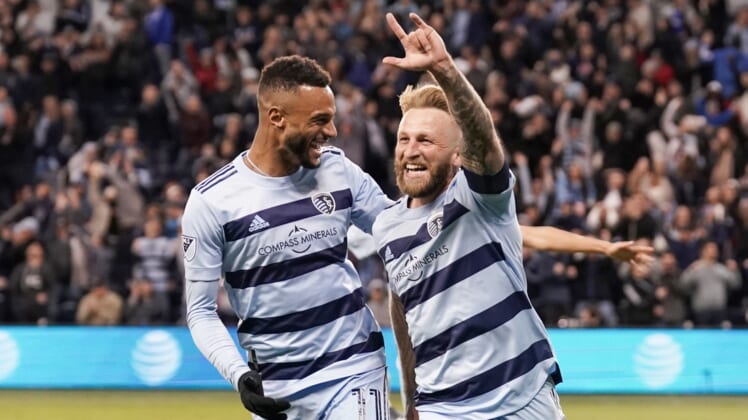 Sporting Kansas City is more than happy to return home for a Saturday evening meeting with Nashville SC.

Home games are the only place Sporting KC has earned a result so far this season, winning both games. They have lost all four road games.

In addition, Sporting KC (2-4-0, 6 points) has yet to give up a goal on their home field. After not securing a 1-0 victory in all of 2021, Sporting has done it twice already in 2022. On the road, Sporting has allowed nine goals-while scoring just two-in the four games.

“Sometimes it has to do with who’s available,” SKC head coach Peter Vermes said. “It just winds up being that the two games we played at home, we had more consistency in the lineup. On the road we have not, and overall we have not.”

Nashville (2-2-1, 7 points) has played all of its games on the road so far in 2022. The club will be playing their sixth of eight games away from home as they prepare to debut of their new home stadium May 1.

Compiling seven points through five games equals the effort of 2021, but four of those games last season were at home.

Nashville picked up its second win last Saturday, handing Columbus its first loss of the season. Head coach Gary Smith says the win was important to his team’s psyche as it deals with the long road stretch.

“It was a lift that was needed after a couple of defeats that, quite frankly with the second one, I felt as though we were a tad hard-done by,” Smith said. “That will be a huge shot in the arm for the group. This will certainly give us an opportunity to regroup, feel good and go again.”