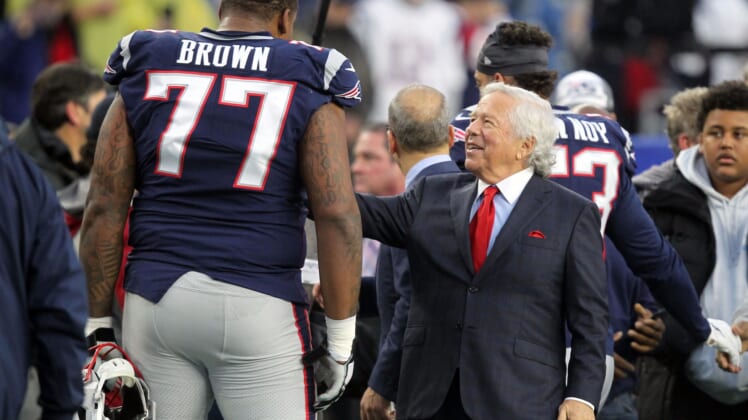 The New England Patriots and larger NFL world were thrown for a loop Friday morning when owner Robert Kraft was arrested on two charges of soliciting prostitution.

The arrest came in Florida after a long investigation surrounding human trafficking at a local massage parlor.

Now comes a response from Kraft’s people. A spokesperson for the longtime owner denies that Kraft has engaged in any criminal wrongdoing and there will be no further comment from his camp.

Spokesperson for Kraft: “We categorically deny that Mr. Kraft engaged in any illegal activity. Because it is a judicial matter, we will not be commenting further.”

At issue here are reports that there’s a video of Kraft engaging in sexual activities inside the massage parlor in question.

That’s hard to get past when it comes to categorically denying involvement.

Investigators claim Kraft was a regular visitor to the Orchid Spa and that there is video of Bob Kraft inside the "spa." @CBSMiami

We’ll certainly see how all this plays out in the coming weeks and months. But for now, it’s certainly not a good look for Mr. Kraft.