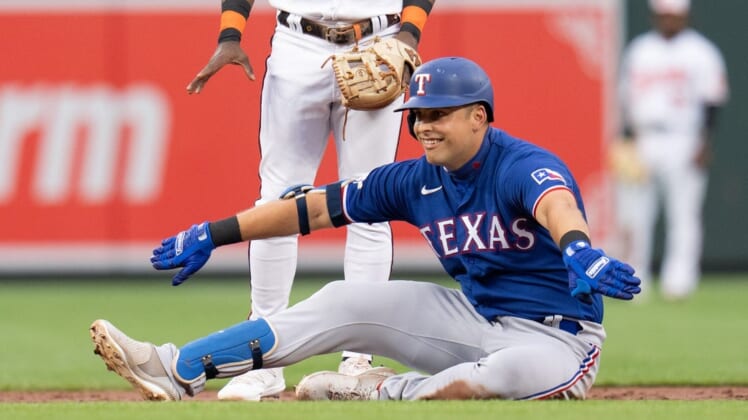 Spenser Watkins tossed a career-high 6 2/3 innings to help the host Baltimore Orioles complete their first series sweep of the season, courtesy of a 2-1 victory over the Texas Rangers on Wednesday.

Baltimore’s Ryan McKenna had an RBI single in the second inning, and a second run scored on the same play thanks to a throwing error. The Orioles made the most of their four hits to match a season high with four straight wins.

Baltimore was able to scratch out a win on Wednesday after erupting for 17 runs and 26 hits over the first two games of the three-game series. The Orioles’ most recent sweep had come in a three-game set against the Washington Nationals from July 23-25 last year.

Leody Tavares had an RBI double in the fifth inning and joined Nathaniel Lowe with two hits for the Rangers, who have lost four in a row and six of their past seven games.

Watkins (2-1) benefited from a trio of nine-pitch innings to work deep into Wednesday’s contest. He allowed one run on four hits and one walk before exiting after 84 pitches. Watkins struck out three.

Orioles relievers Bryan Baker and Cionel Perez bridged the gap to Jorge Lopez, who saw Brad Miller nearly give Texas a 3-2 lead by belting a fly ball that sailed just wide of the right field foul pole. Lopez struck out Miller on the next pitch to secure his 14th save of the season.

Watkins also benefited from a stellar defensive play by Rougned Odor while the former Rangers second baseman was stationed in the outfield. In the fourth inning, Odor ranged deep to his right before leaping to make a throw to first base to deny Corey Seager of a hit to lead off the frame.

Baltimore opened the scoring in the second inning after Adley Rutschman and Ramon Urias each worked a one-out walk off Glenn Otto (4-5). Both runners came around to score after shortstop Seager barehanded a slow grounder by McKenna and sailed his throw wide of first base.

The Rangers halved the deficit in the fifth inning when Kole Calhoun doubled and came around to score on Taveras’ one-out double down the right field line.