South Carolina pulls away, adds to success against Vanderbilt 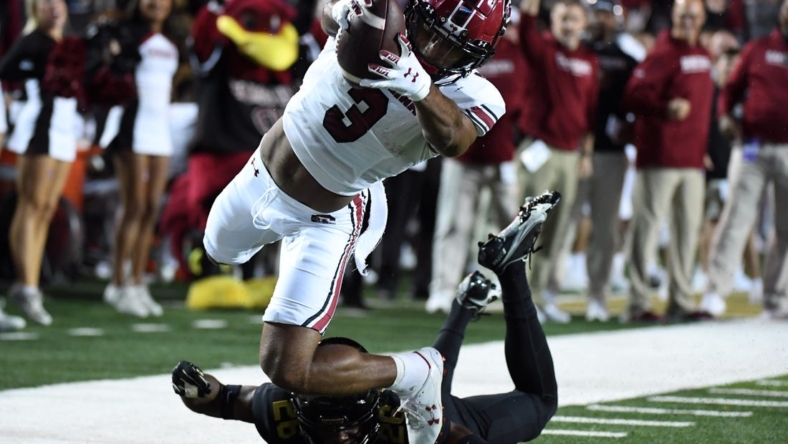 The Gamecocks (6-3, 3-3 SEC) had fallen out of the Top 25 rankings after a loss to Missouri last week, but they have won five of their last six games after starting the season 1-2.

Rattler finished with 186 passing yards, completing 16 of 23 attempts. Dakereon Joyner also threw a touchdown pass for the Gamecocks, hitting Antwane Wells Jr. for a 68-yard score in the first quarter.

Wells also caught a touchdown pass from Rattler late in the third quarter, a 17-yard connection. That gave South Carolina a 17-point lead and enough cushion to keep the Commodores from a comeback.

Vanderbilt’s Mike Wright threw a 5-yard touchdown pass in the flat to Ray Davis with 6:06 to play in the game, giving the Commodores a glimmer of hope, but they lost for the sixth time in seven games after opening the season 2-0.

Vanderbilt was driving late in the game trying to get within one score, but after Ben Bresnahan caught a pass from Wright for an 11-yard gain, he fumbled the ball away.

Moments later, Fortune intercepted Wright with 1:04 to play, the fourth turnover of the night by Vanderbilt. That sealed the win for the Gamecocks.

Christian Beal-Smith ran 52 yards for a touchdown in the second quarter, giving South Carolina a 24-14 lead. The Gamecocks took a 31-14 lead to halftime.