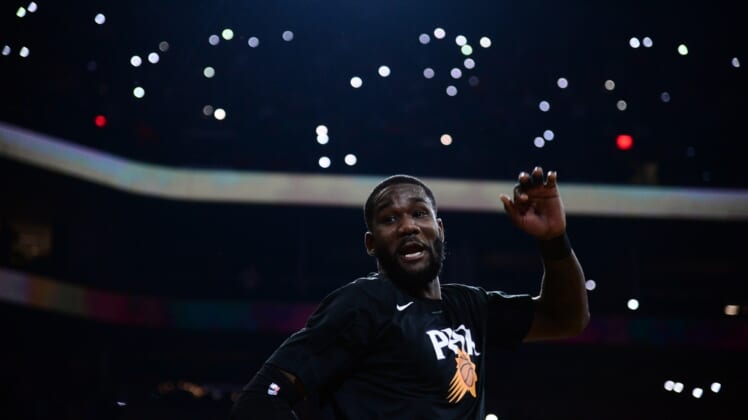 Deandre Ayton of the Phoenix Suns has entered health and safety protocols, according to ESPN’s Adrian Wojnarowski.

The Suns entered Monday night’s game with the visiting Memphis Grizzlies as the second seed in the Western Conference with a 26-6 record.

The NBA on Monday changed the length a vaccinated and asymptomatic player must quarantine from 10 to six days.

The Suns are scheduled to host Oklahoma City on Wednesday night and travel to Boston for a New Year’s Eve game.

Veteran JaVale McGee is likely to sub for Ayton in the starting lineup. McGee has acquitted himself well, playing in all 32 of the Suns’ games with an average of 10.5 points and 7.4 rebounds a game. He has made eight starts.