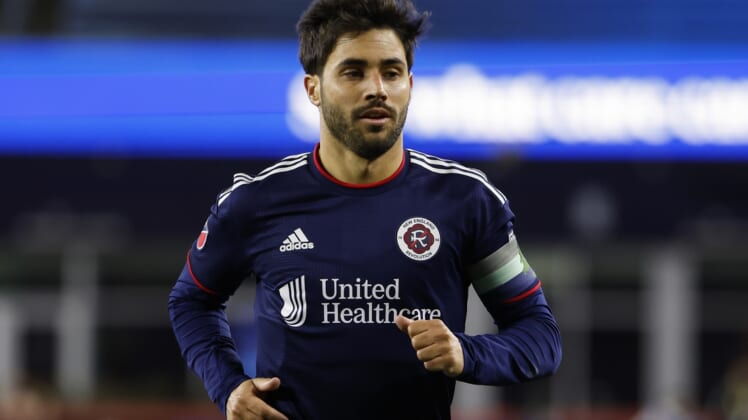 Two teams hoping to rise out of the bottom of Major League Soccer’s Eastern Conference will face each other Saturday afternoon in Fort Lauderdale, Fla., when Inter Miami CF hosts the New England Revolution.

Since a scoreless draw in the season opener against Chicago on Feb. 26, Miami (0-4-1, 1 point) has lost four straight games, each by at least two goals. New England (1-3-1, 4 points) has lost three straight.

It’s the first time the Revolution have lost three straight matches in a single season under head coach Bruce Arena, who took over in 2019. New England opened the season with a draw and a home win, and has not produced a point since.

Miami has just three goals in five games while having surrendered 13. The minus-10 goal differential through five games is, according to the MLS website, tied for the second worst in MLS history.

Gonzalo Higuain has been involved in all three goals Miami has scored in MLS play this season. Only Higuain and Leonardo Campana have goals, which makes Miami the team with the fewest different goal scorers in the league so far this season.

“We have to get our momentum and gain confidence. I think it’s a lot about confidence and helping each other. Now for us, it’s about getting the details right,” goalkeeper Nick Marsman told the club website. “I think we’re close. But now we really have to show it.”

New England has just one goal in the past three matches across all competitions, and it lost at home to the New York Red Bulls on an own-goal in the 90th minute last weekend.

“We’ll be fine. We gave away two games so far this year,” Arena said. “There are good lessons to be learned.”

Both teams picked up road wins against the other last season, with the Revolution taking a 5-0 victory in South Florida last July — tying the largest winning margin in the club’s MLS history — and Miami topping New England 1-0 on the final day of the 2021 regular season.