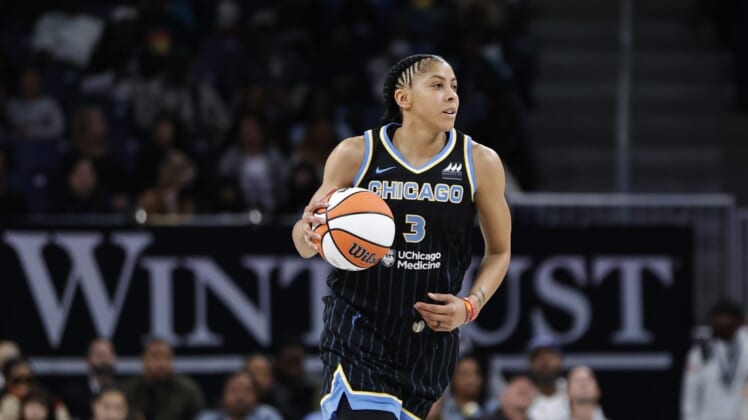 While the Chicago Sky continue to roll, the New York Liberty have gone more than two weeks without a victory.

The WNBA-leading Sky can extend their season-high winning streak to seven games by handing the host Liberty a sixth straight defeat on Saturday night in New York.

A winner in 11 of 12, Chicago (21-6) is the league’s hottest team, and gutted out its last three — all without star guard Courtney Vandersloot (concussion) — by a combined 18 points. The Sky shot 50.7 percent Friday against Dallas but also blew a 14-point first-half lead, only to pull out an 89-83 home victory.

“I don’t think we’re satisfied with where we’re at,” said Chicago star Candace Parker, who had 14 points and 10 rebounds.

“We’re going to attack every night and try to continue to get better.”

Chicago has won four straight over the Liberty (9-17), whose last win came at Las Vegas on July 6. New York has dropped its last five by an average margin of 14.2 points, averaging 68.7 points over the last three.

New York scored the first 10 at Washington on Thursday and led 15-2. However, it managed a combined 28 points over the second and third quarters and shot 41.9 percent for the game.

“You can have the effort, but now you need the execution,” Liberty coach Sandy Brondello said.

“We just have to learn how to win, and get some confidence back.”