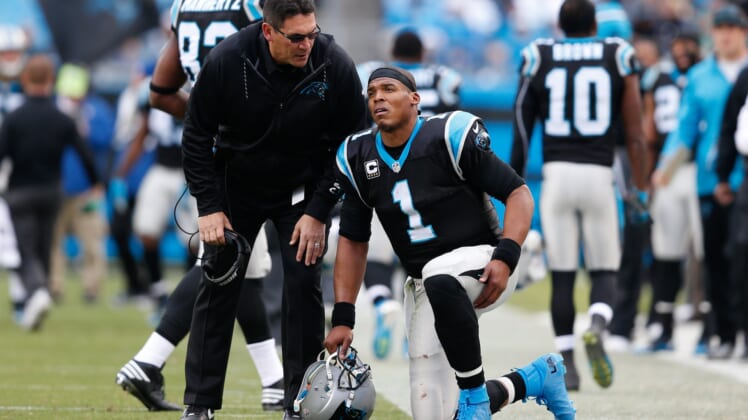 NFL Week 1 already produced a major upset. Many survivor leagues nationwide were busted when the Kansas City Chiefs and their normally conservative passer, Alex Smith, annihilated the New England Patriots, 42-27, at Gillette Stadium thanks to an array of deep passes that produced huge plays for the visiting team.

It’s safe to say pretty much anything can happen this weekend as the next wave of games kick off. No team is 100 percent a sure bet to win, even if heavily favored. Opening-day jitters stand to play a factor. Some teams expected to come out ahead are missing key players due to suspension and injuries.

Plus, egos and over-confidence can cause a team’s best laid plans to crumble. Just ask quarterback Tom Brady how he is doing after getting schooled on Thursday.

With that, here are six NFL teams on upset alert heading into Week 1.

First off, hopefully this divisional game keeps fans awake. It is not surprising that this tilt heavily favors the Bills at home over a dysfunctional Jets squad. But the Bills, much like the Jets, rid themselves of several star players to plan for the future. Can running back LeSean McCoy carry the entire weight of the offense on his shoulders? We shudder to wonder how much backup Mike Tolbert can handle in relief. Will quarterback Tyrod Taylor stay healthy all game long? His preseason was anything but impressive. 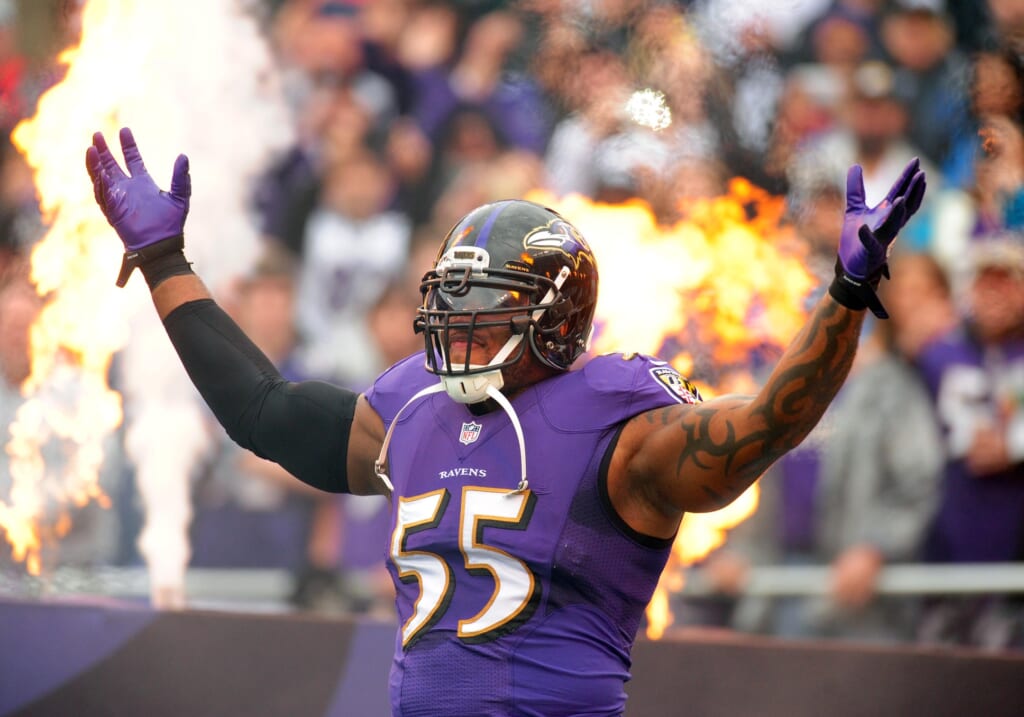 There are all kinds of variables that could shift this road game in favor of the underdog Ravens. Don’t count out quarterback Joe Flacco, who is returning after injuring his back before training camp. He has a couple of new weapons in wide receiver Jeremy Maclin and running back Danny Woodhead, both of whom are very capable of making game-changing plays. Wideout Mike Wallace has been known to leave his defenders in the dust. He is not exactly A.J. Green, but he can torch a secondary in optimal conditions. Also, cornerback Adam Jones and linebacker Vontaze Burfict are both suspended.

The Ravens boast a run defense that allowed just 3.7 yards per carry last season and added some talent this offseason. We wish the Bengals’ trio of running backs good luck there. If worst comes to worst, kicker Justin Tucker could just make a game-winning field goal.

The 49ers would give fans some much-needed hope should they be able to pull a fast one on quarterback Cam Newton and Co. at home. While a 49ers win seems a long shot, keep in mind the Panthers are coming off of a poor six-win campaign themselves. They might be overly confident and easily forced into mistakes. Plus, is Newton completely healthy?

On the opposite side of the coin, head coach Kyle Shanahan coordinated last year’s top-scoring Atlanta Falcons offense. He knows a thing or two about running a well-oiled machine. The offense, run by quarterback Brian Hoyer, might just look legit. Wideout Pierre Garcon, extremely underrated, produced a 69 percent catch rate last year. Also ready to strike while the iron is hot is running back Carlos Hyde. He can chew up yardage like the best of the running backs when healthy. Defensively, rookie linebacker Reuben Foster already looks to be a natural game-changer. Things could play out closer here than 49ers’ skeptics think.

The Jags are not a crew one should bet on to win after managing only 11 total victories in the Blake Bortles era. Yuck. They’ll also be up on the road against some scary Houston Texans defenders that produced the second-best passing defense in the league last year. Pass rusher J.J. Watt should be salivating at this matchup.

Thankfully, the Jags drafted “win now” rookie running back Leonard Fournette. He will be a tremendous asset to help keep Bortles from making mistakes. On the other side, the Jaguars are no joke defensively. They allowed only 215 passing yards on average per game in 2016. We could see some turnovers on tap when the Jags intimidate quarterback Tom Savage, who has only 56 completed career passes on record. 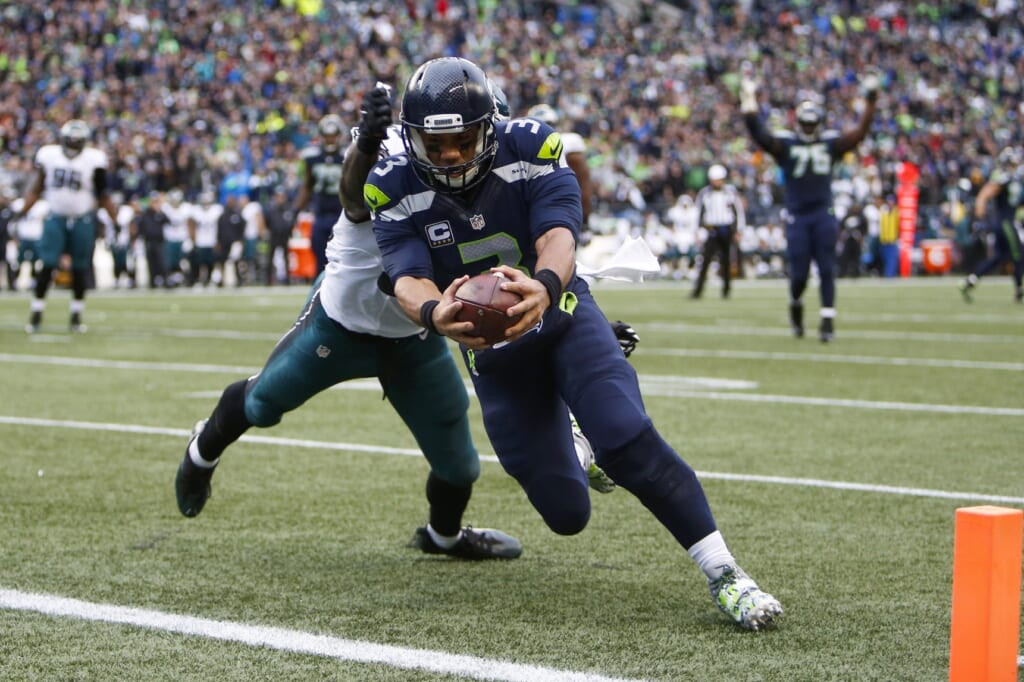 For obvious reasons, this is a much-anticipated Week 1 contest tinted with potential revenge. The Legion of Boom will to try to rattle a quarterback who is cool as a cucumber. Aaron Rodgers has a major cast of star pass-catchers, including a new addition, tight end Martellus Bennett. Bennett’s brother, defensive lineman Michael, might have something to say about the Packers having success at home. Plus, never discount what stud cornerback Richard Sherman is capable of.

Offensively, we see the Seahawks gaining the upper edge in their passing attack. Green Bay’s secondary allowed a league-high 8.1 yards per pass last year. It is the team’s major weak link. A fully healthy Russell Wilson stands to do some serious damage. Plus, an in-shape Eddie Lacy is pumped about making a Lambeau Leap.

Don’t count those Seahawks out in enemy territory.

This is another revenge match that takes running back Adrian Peterson back to his former digs. He is expecting a “warm welcome.” But we know AP will be secretly wanting to put the screws to the team that released him after 10 years of stellar production. Quarterback Drew Brees should never be underestimated, no matter what defense he is facing. Wide receiver Michael Thomas, at 6-foot-3, should exhaust Minnesota’s secondary.

At the same time, quarterback Sam Bradford is primed for a major performance against last season’s worst-ranked passing defense. Can he deliver, or will we see his deer-in-the-headlights face? The 29-year-old quarterback threw only 20 touchdowns last year, which is paltry compared to Brees’ 37. The Saints offer a mixed bag, to be sure. But, there is enough talent involved that they could easily be a spoiler team in any given week.