Simone Biles to serve as Texans’ honorary captain for Week 17 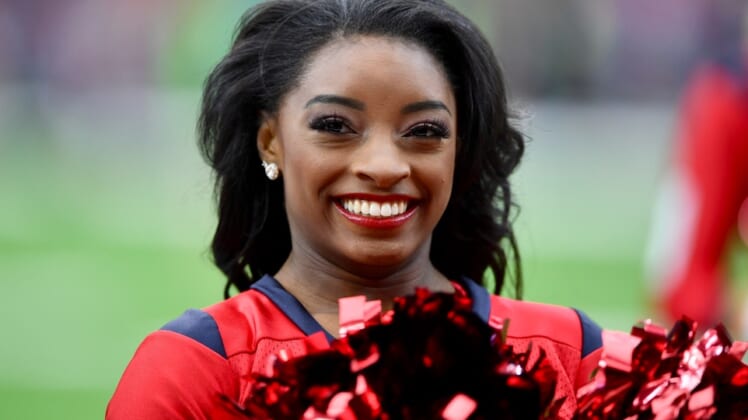 Just two years after the Houston Texans made four-time Olympic gold medalist Simone Biles wish come true, the team is bringing the Olympic star back to NRG Stadium to serve as an honorary captain for Week 17.

Biles will serve as the team’s home-field advantage captain for Sunday’s game against the Tennessee Titans. While the Texans have already locked up a playoff spot and will host a wild-card game, Biles will certainly be a hit with Houston’s fans.

Biles put her insane athleticism on display before Game 2 of the World Series with a spectacular and creative first pitch. While the NFL might not have a ceremony like that, it would be awesome to see if she finds a way to put her Olympic skills on display.