The Los Angeles Angels were one of the most active teams at the MLB trade deadline, but Shohei Ohtani remains with the club despite overwhelming interest elsewhere. It all likely came down to a pair of factors that will also be important this winter.

The reigning AL MVP is a force baseball has never seen before. In the running for the AL Cy Young Award and a threat to hit 40-plus home runs, Ohtani is a championship-caliber talent. From the perspective of MLB team owners, he is also by far the most recognized player in baseball and can generate millions of dollars in revenue on his own. 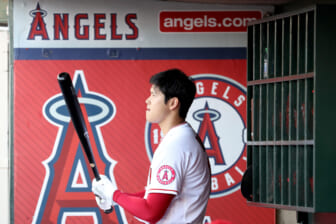 Los Angeles ultimately kept him, rejecting offers and instead trading Noah Syndergaard, Raisel Iglesias and Brandon Marsh. With Marsh and Iglesias both off the roster, the Angels’ roster in 2023 will have less impact talent than it does right now.

It once again raises the question about Ohtani’s future in Los Angeles. He intends to test MLB free agency after the 2023 season and wants to play for a World Series contender. If the Angels fear they could lose him, a trade is possible.

What will a Shohei Ohtani trade cost?

The San Diego Padres dealt arguably the largest package of quality prospects and MLB talent in history to the Washington Nationals for Juan Soto. While Mike Rizzo set a historic asking price, multiple teams were willing to approach it because Soto is 23 and already viewed as a future Hall of Famer who is under contract through 2024. 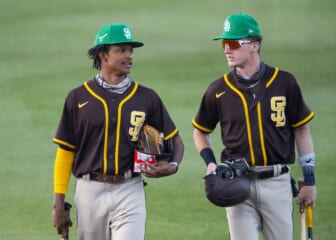 In terms of pure talent, Ohtani is the better player. While he might not be as great of a hitter as the newest Padres star, the Japanese-born sensation is also an ace on the mound who can pitch in Game 1 of a World Series.

One key difference that slightly diminishes Ohtani’s trade value is his contract. If he is put on the trade block this winter, any team that acquires him will only have him for the 2023 season. After that, the 28-year-old will test the open market.

As detailed by Ken Rosenthal of The Athletic, MLB teams that called Los Angeles about its two-way phenom quickly realized a trade wasn’t happening. While the Angels would at least listen to offers, the asking price and owner Arte Moreno’s objections to a deal prevented anything from happening.

While Angels’ sources denied to Rosenthal that they specifically wanted six high-end players, there is more information suggesting the initial report is accurate.

The information is backed up by Jon Heyman of the New York Post, whose conversations with MLB executives suggested a Juan Soto-like return was possible for Los Angeles.

“Ohtani would bring back a haul, probably similar to the one for Juan Soto. It’s a tough call if he’s yours, but rival execs seem to think they should have considered it more strongly. “

At some point this winter, teams will once again call the Angels about the possibility of acquiring Ohtani. If the franchise is desperate enough, such as the Yankees if Aaron Judge departs in free agency, it’s possible a deal could be put together.

Of course, that will leave one final hurdle. Moreno values money above all else and keeping Ohtani on the Angels’ roster is the best thing for his franchise. While he might eventually become receptive to a deal, there are no guarantees and that’s important because he will make the final decision.