Los Angeles Angels two-way star Shohei Ohtani is the face of Major League Baseball and one of the most popular athletes across the globe. Set to become the top MLB free agent next winter, Ohtani is poised to make MLB history.

The starting pitcher and designated hitter already set his first financial milestone this offseason. Los Angeles signed him to the largest deal for an arbitration-eligible player in baseball history. While it insured he would stay with the Angels for the 2022 season, it also captured just a fraction of his value to an MLB franchise.

Multiple teams are already preparing to make a run at Ohtani next offseason. The Los Angeles Dodgers’ quiet offseason was reportedly in part because of their intention to pursue the two-way phenom after this season.

Meanwhile, the upcoming sale of the Angels franchise is partially motivated by Ohtani’s future. A Japanese group is involved in the bidding war for the club and every interested party wants to re-sign Ohtani to a lucrative deal. 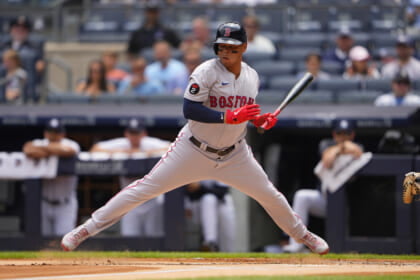 Signing the 2021 AL MVP is about more than his impact on the field. The Japanese native has massive support from sports fans in Asia, serving as an inspiration for Japanese Americans and generating global appeal each time he takes the mound or steps to the plate. Because of all of that, he will become the highest-paid MLB player ever by next season.

Multiple MLB agents told Jon Heyman of the New York Post that they expect Ohtani to sign a $500 million contract next offseason. Early projections have him signing a 12-year contract, becoming one of the highest-paid hitters and pitchers in baseball history.

Forecasts for Ohtani’s next deal take into account his impact on a team’s stadium revenue, TV deals and merchandise sales. Agents and executives are also taking a broader look at how Ohtani compares to hitters and pitchers.

Correa landed a 12-year deal with a $26.25 million AAV, while Betts makes $30.416 million per season and Ramirez signed a team-friendly deal that still carries a $20.142 million AAV. At the very least, with MLB revenue skyrocketing, Ohtani’s impact with the bat is worth a $25 million AAV over 10-plus years.

As a pitcher, Ohtani is a threat to win the AL Cy Young Award any given year. Because he needs an additional day of rest and there are some long-term worries about how long he can hit and pitch at an MVP-caliber level, reaching the $40 million AAV threshold (Justin Verlander, Max Scherzer) is unlikely. However, his track record and dominance could push him towards a $28 million AAV. Taking all of those factors into the equation, Ohtani will likely receive multiple offers eclipsing $500 million in free agency. While he might not take the biggest offer, considering his primary desire is to compete for a World Series, Ohtani will become the first $500 million player in MLB history.