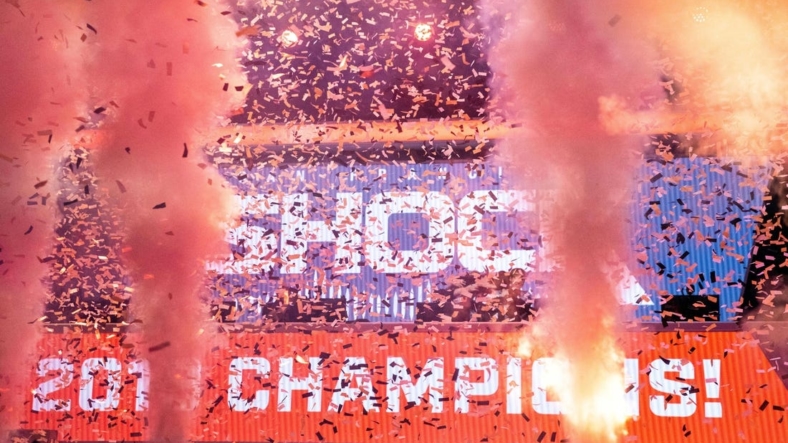 The Dallas Fuel and San Francisco Shock notched winners-bracket victories in West Region action on Friday to advance in the Overwatch League Summer Showdown in Toronto.

Dallas and San Francisco will square off Saturday in the West winners-bracket final in the double-elimination, $330,000 tournament. West matches are being held via LAN in Toronto, while teams in the East are competing online.

The top-seeded Fuel, who were undefeated in qualifying matches, topped London 2-0 on Lijiang Tower and 1-0 on Paraiso. Spitfire came back to win 3-2 on Circuit Royal, but Dallas again blanked London 1-0 on the final map, New Queen Street.

San Francisco downed Houston 2-0 on Lijiang Tower, but the Outlaws evened the match with a 5-3 victory on Hollywood. The Shock were then victorious on Circuit Royal, 2-1, and New Queen Street, 1-0, to move on to Saturday’s competition, which also features three losers-round matches.

In losers-round matches on Friday, the Toronto Defiant beat the Washington Justice 3-1 and the Florida Mayhem shut out the Vancouver Titans 3-0.

Toronto will go against Houston while Florida and London battle in losers-round matches on Saturday. The winners of those matches will face each other later in the day.

The finals of both regional competitions are scheduled for Sunday.