This year’s offseason has not been a boring one by any means. Players have been moving to new NFL teams all over the country either due to free agent signings or some major trades.

Along the way, some NFL franchises have made pretty savvy moves that will hopefully pay off. A couple of teams gave big money to their new quarterbacks. These guys now make a ton more cash than guys like Tom Brady and Aaron Rodgers. We will definitely have our eyes focused on those two clubs this fall.

Meanwhile, some other select franchises have brought on new head coaches expected to work miracles while upgrading some key positions on the roster. Here are seven revamped teams that we cannot wait to see play in 2018.

Watch out NFC West competition because the 49ers aren’t messing around. Things got serious when the team locked up quarterback Jimmy Garoppolo to a very lucrative deal. Keep in mind, Jimmy GQ has a perfect 7-0 record as a starter overall and he completed 67.4 percent of his passes over his five games played with the 49ers last year.

Let’s just imagine him in action this year throwing to a healthy Pierre Garcon, Marquise Goodwin, Trent Taylor and tight end George Kittle. Plus, the 49ers just made pass-catching running back Jerick McKinnon the fourth-highest paid player at his position. He caught 75 percent of his 69 targets last year for 421 yards and two touchdowns. Will he hold up his end of the bargain?

On defense, the 49ers boldly signed former NFC West rival cornerback, Richard Sherman. How exciting will it be to watch him return to his home state and attempt to pick off his old quarterback Russell Wilson twice per season? Get the popcorn ready because the 49ers should make for some must-see TV this year.

This team took some big steps back in 2017 when it finished with only six wins — a far cry to the 12 accomplished the prior year. But, new head coach Jon Gruden would not likely have made a return to his former organization if he didn’t think Oakland had rebound potential in 2018.

On offense, the Raiders added running back Doug Martin to compliment Marshawn Lynch (who they are retaining). The hope would be that Martin rediscovers his mojo — he had 1,454 rushing-yards and 11 touchdowns in his rookie season. Oakland was also quick to sign veteran receiver Jordy Nelson, who is coming off of a terrible campaign that saw many career-low stats be recorded. Both Martin and Nelson make for high-risk, (maybe) high-reward players.

As far as defensive enhancements, the Raiders signed the Colts’ top cornerback from 2017, Rashaan Melvin and former Texans safety, Marcus Gilchrist. They also added former Lions linebacker Tahir Whitehead. The goal would be for the Raiders to enhance a defense that gave up the 10th-most yards as well as 23.3 points on average per tilt last year.

It will be interesting to see what plans Gruden has up his sleeve, and how the Raiders players respond to the highest-paid coach in NFL history. 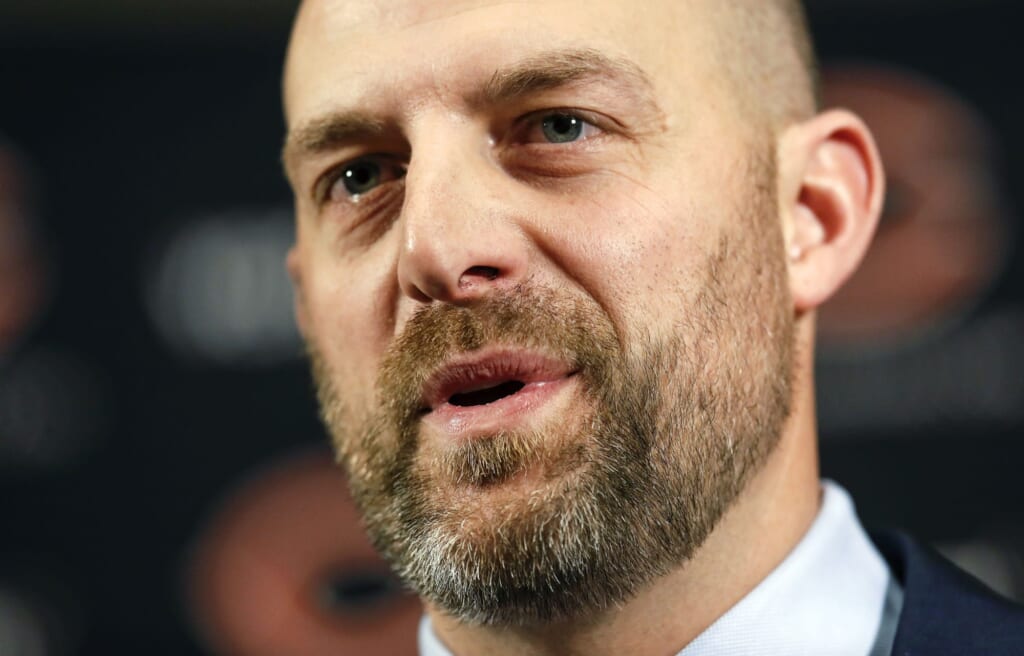 Speaking of coaching changes, new and exciting things should be happening in Chicago with coach Matt Nagy on board. Being the former offensive coordinator for the well-coached Kansas City Chiefs, Nagy will make a big impact on a young Bears offense. This would include quarterback Mitch Trubisky, who was just gifted big playmakers Allen Robinson, Taylor Gabriel and tight end Trey Burton. Burton is the handy man who threw that classic touchdown pass to Philadelphia Eagles quarterback Nick Foles in Super Bowl 52.

Talk about holiday presents coming early. Trubisky might just experience the rebound sophomore season that both Jared Goff and Carson Wentz had in 2017.

What is not to like here with these Windy City offseason moves?

Of course the Browns must make this list. They have been ultra-active in free agency and have made some huge changes. A couple of blockbuster trades and one free agent signing have landed the Browns quarterback Tyrod Taylor, wide receiver Jarvis Landry and running back Carlos Hyde. Despite the Buffalo Bills not exactly trusting in Taylor, he is the best quarterback the Browns have had on their roster in ages. Multiple-interception games should become a thing of the past in Cleveland. Taylor threw only 16 picks in 1,236 passing attempts with Buffalo.

Though, we sure hope the retirement of left tackle Joe Thomas won’t undo all of Cleveland’s efforts they made to better their offense.

Trying to fix an organization that sports one win over the past two years, the Browns are not likely near to being done changing things up. And, inquiring minds are all on pins and needles waiting to see how the Browns will spend picks No. 1 and 4 in next month’s draft.

Will all eyes be on the highest-paid quarterback in the league (for now) come September? Heck yes. The Vikings broke the bank to sign Cousins, who in some folks’ opinions has not proven himself as an elite signal caller. For the Vikings to come out as winners here, they need this grand move to pay off. Otherwise, fans might be clamoring for Case Keenum to return.

Fortunately for Cousins, he immediately inherits a loaded offense with some tremendous pass-catchers. Stefon Diggs, Adam Thielen and Kyle Rudolph are nearly top-shelf at their positions. The return of running back Dalvin Cook will make a huge impact as well.

Can the Vikings plug in Cousins and pick up where they left off last season? The team finished one game shy of a Super Bowl, so Cousins should be feeling the heat to perform at a high level. Skol! 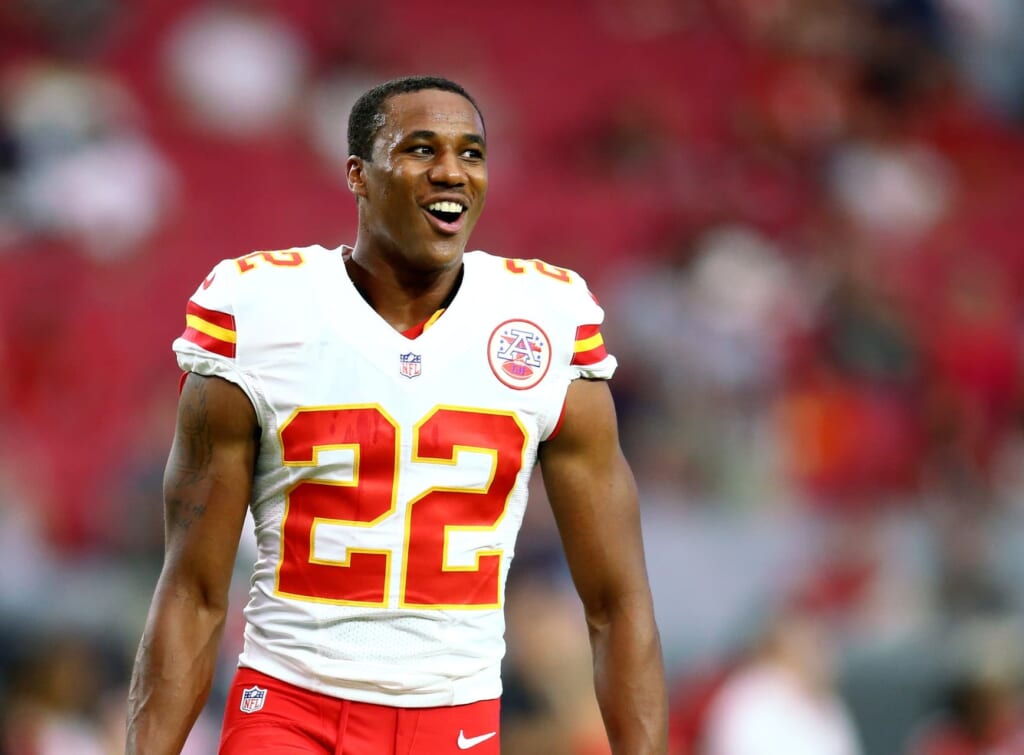 With not much to tweak on last year’s highest-scoring offense, led by Jared Goff, the Rams have been all about toughening up their defense.

Two huge trades landed the Rams 25-year-old All-Pro cornerback Marcus Peters and veteran All-Pro cornerback Aqib Talib. Peters set league-highs in his rookie year by gaining eight interceptions returned for 280 yards and two touchdowns. He also recorded a league-best 137 return yards last year. He will join the feisty Talib, who made the Pro-Bowl all four seasons when with the Denver Broncos. Talib has an impressive 34 career interceptions and 10 touchdowns on record. These guys will combine to form one of the most-feared defensive back duos in the league.

There should be absolutely no stopping the Rams if they continue to play on offense as well as they did last season.

Another NFC North club garnering excitement ahead of 2018 is the Lions. This is a team that has been stuck in a rut and now has a new defensive-minded head coach. Ex-New England Patriots defensive coordinator Matt Patricia is now in charge of a Lions organization that has not nudged its way past a Wild Card playoff game since 1991.

Talk about taking on a huge challenge. Though it is fun to envision the Lions winning a Super Bowl with newly-signed running back LeGarrette Blount. The veteran running back helped the Patriots win Super Bowl 51, then turned around to become part of the 2017 Super Bowl-winning Philadelphia Eagles. How cool would it be if Blount became the Lions good luck charm in 2018? If anything, he should help boost an anemic Lions run game that has put people to sleep the past few seasons.