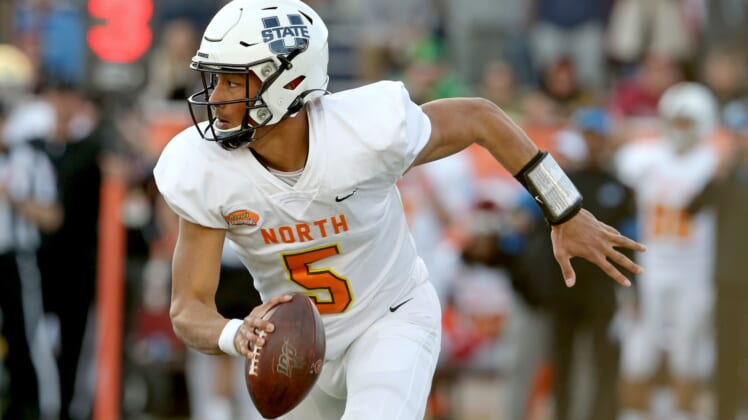 As NFL teams try to get a handle on whether Jordan Love can be the quarterback of the future, the quest for knowledge has ramped up considerably.

ESPN’s Jeremy Fowler shared Saturday that Texas Tech head coach Matt Wells, who coached Love at Utah State, told him seven NFL head coaches have called him in the past five days alone to get information on the quarterback.

“I think they are just trying to put the complete story together on him,” Wells said.

Some have compared Love to Patrick Mahomes. He’s a tantalizing prospect, to be sure.

Perhaps the most similar thing between Love and Mahomes is that there is no consensus about whether he has what it takes to thrive at the NFL level despite possessing jaw-dropping athleticism and an NFL-caliber arm.

Every quarterback selected early in the draft is a risk. But when it comes to Love, there’s no doubt he’s one of this year’s biggest boom-or-bust prospects.

It wasn’t that long ago that the Miami Dolphins were reported as having significant interest in this young man. Other teams clearly have their eyes on him as well. With that in mind, and given the premium that’s put on quarterbacks in the draft, nobody should be surprised if Love is selected in the first round — and early, at that.