Seven biggest choke jobs of the NBA playoffs so far

From Bill Russell to LeBron James, every basketball legend has gotten his start in the NBA playoffs. You’d be hard-pressed to find a Hall of Famer without playoff credentials of some sort. But for every legendary performance throughout history, there’s a parallel choke job.

This season, that dynamic is no different. James Harden, LaMarcus Aldridge and Russell Westbrook are all examples of the latter. Harden’s failure is more specific to one game — Game 6 of the Rockets’ series against San Antonio — whereas Aldridge and Westbrook performed poorly throughout the playoffs. However, all three constitute choking.

Here, we’ll examine seven figures — players and coaches alike — who have collectively vomited on the floor this postseason. Harden, Aldridge and Westbrook all make the list, but let’s use this time to point out the difference between choking and being a perpetual choker.

Magic Johnson choked in the 1984 Finals, missing two free throws and turning it over in the final minutes of Game 4, earning the nickname “Tragic Johnson.” LeBron James choked in the 2011 Finals, being famously tentative throughout the series as the Heat fell to the Dallas Mavericks. However, the historical label of choker applies to neither. Both redeemed themselves a year later (and, in Johnson’s case, he had already won titles in 1980 and 1982).

On the other hand, Karl Malone, for example, was a perpetual choker. Malone didn’t just famously miss choke at the free throw line in Game 1 of the 1997 NBA Finals. He wasn’t himself during the entire series, or the ’98 Finals or during the playoffs in general. During every big moment, Malone had chronic deer in the headlights syndrome. There are only three people on this list who may earn that title when their careers end: Mike D’Antoni, Kyle Lowry and Dwight Howard. The rest shouldn’t be stuck with it, at least not yet.

Here are the seven biggest lemons, chokers and flops of the 2017 NBA playoffs. 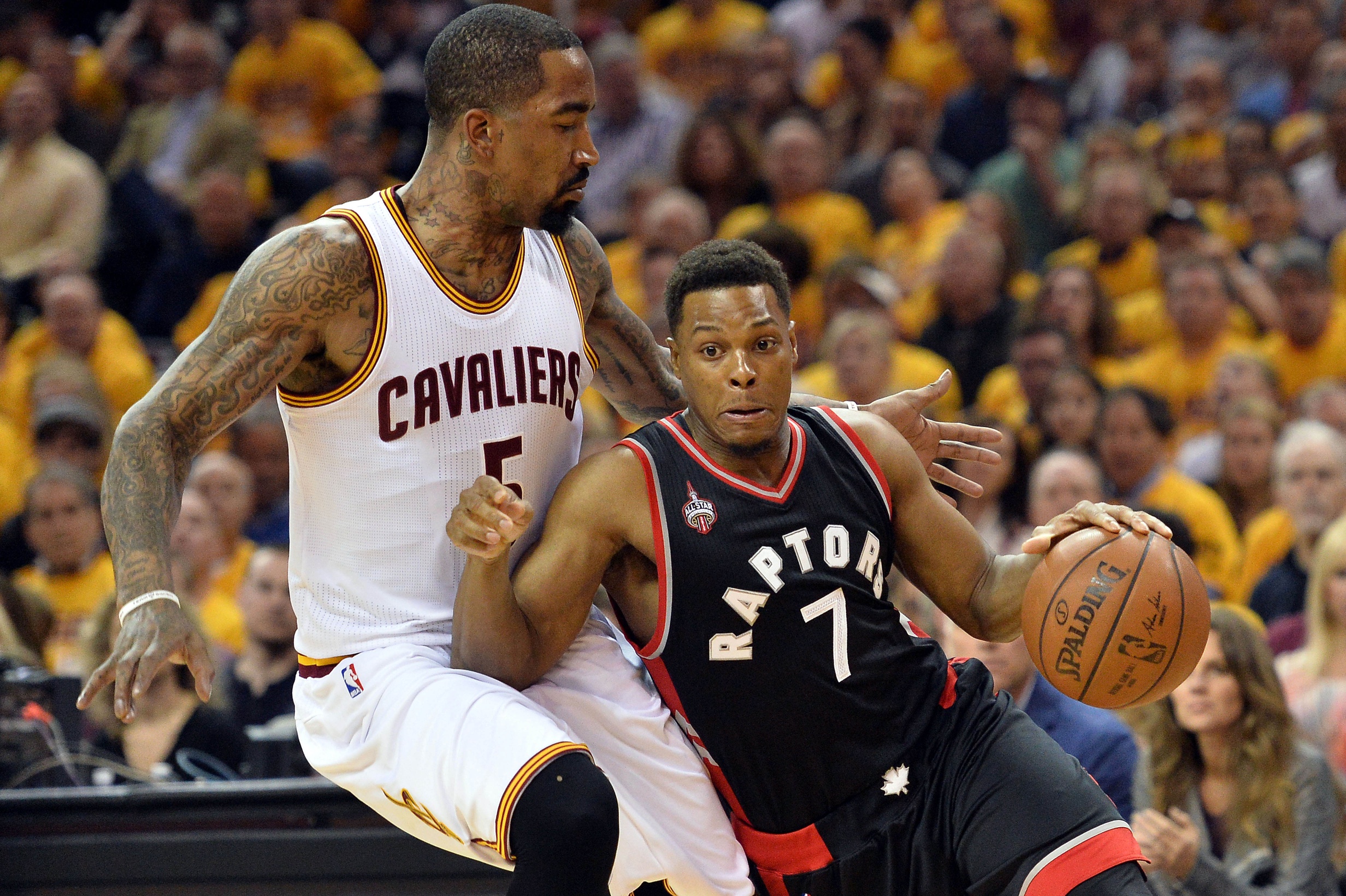 Lowry missed two playoff games due to injury, but he  struggled before getting hurt. This isn’t the first time either — wilting in April has become a yearly occurrence for Lowry. He scored just 15.1 points per 36 minutes and assisted only 5.6 on 46.2 percent shooting from the field and 34.2 percent from three. All of those are significantly worse than during the regular season, as Lowry played like a superstar for most of the year.

Injury or not, the Raptors needed him to create more offense. One of Lowry’s trademarks during the season was punishing defenders who went under the pick and roll by pulling up and hitting a three in their face. He shot 42 percent on pull-up threes in the regular season, a crazy-good number which reflected just how threatening Lowry became outside. As a point of comparison, Stephen Curry shot 41.7 percent on pull-up threes this season.

Lowry isn’t as good as Curry, but he’s a darn good three-point shooter. His ability to connect from downtown helps make Toronto’s offense run. In the postseason, Lowry shot a mere 27.6 percent on pull-up threes, giving opponents an easy solution in the pick and roll.

In the second round, the entire Raptors’ team seemed to have no self-belief whatsoever. Lowry was as much a part of that as anyone.

If the Raptors — or whatever non-Toronto team signs Lowry this summer — are to ever compete, “Playoff Lowry” needs to stop being a thing. We have to see the same superstar that shows up in the regular season, and that simply hasn’t been the case with Lowry. It’s not just this season, it’s last year, the year before and the year before that. The Raptors have won 48, 49, 56 and 51 games over the past four seasons. All they have to show for it are three playoff series wins. They’ve been swept twice — once in the first round against a Wizards’ team coached by Randy Wittman — and it would have been three times if the Cavs put their foot on the gas in the Conference Finals last season.

Lowry is perhaps a bigger part of that failure than anyone. He has consistently failed to perform in the postseason and that has to change.