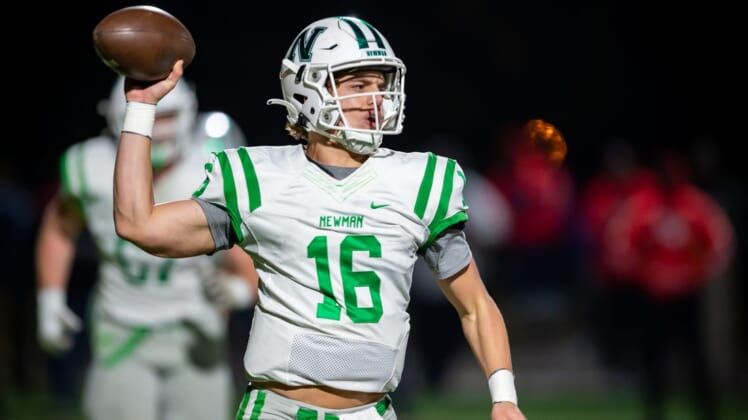 Federal Name, Image and Likeness (NIL) legislation is the subject of the Pac-12 and Southeastern Conference commissioners’ visit to Washington, D.C., on Thursday.

“Either the NCAA is going to get its act together in enforcing this,” said George Kliavkoff, Pac-12 commissioner, in an ESPN interview. “Or I’m going to be pushing for a smaller group to figure out how to create and enforce the NIL rules that we all agree on related to inducement and pay-for-play. The amount of an NIL payment should be commensurate with the work done as a backstop to make sure we’re not using it related to inducement and pay-for-play.”

Estimates for NIL earnings for top college football recruit Arch Manning, a pro-style quarterback and nephew to Peyton and Eli, are between $1.5 million and $2 million.

Policy and protocol for NIL deals are loosely defined since going into effect last summer in a landmark shift in amateurism and NCAA guidelines for student-athletes and their schools.

One of the primary reasons SEC commissioner Greg Sankey and Kliavkoff are on Capitol Hill: Kliavkoff believes the “existential threat of our student-athletes being deemed to be employees” to be real.

Kliavkoff was part of a committee under outgoing NCAA president Mark Emmert that requested oversight from Congress. The thrust of the request, as outlined in detail by Emmert before the 2022 Final Four, is confusion around widely varying state laws and the application of NIL without the benefit of precedent.

“I think it’s more likely that we eventually get federal legislation on name, image and likeness, but we’re also interested in discussing all of the harm that will come to student-athletes if they are deemed to be employees,” Kliavkoff said.

Fisher said Wednesday at the Houston Touchdown Club that college football needs “uniformity to make it fair for everybody across the board” immediately.

Ole Miss coach Lane Kiffin also prodded Fisher and the Aggies for having a different “budget” for recruits.

“I joked the other day I didn’t know if Texas A&M was going to incur a luxury tax and how much they paid for their signing class,” Kiffin said in February.