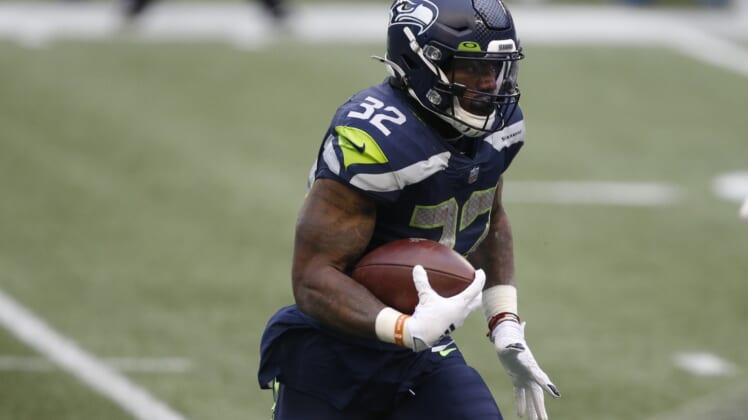 The Seattle Seahawks and free agent running back Chris Carson reached an agreement on a two-year contract worth up to $14,625,000, according to multiple media reports Friday night.

Carson, 26, emerged as a key contributor in the Seahawks’ backfield over the past three seasons. He surpassed 1,000 rushing yards in 2018 and 2019, and last season he finished with nine touchdowns (five rushing, four receiving) in 12 games.

The Seahawks added a third void year to the deal to help with managing the salary cap, ESPN and NFL.com reported.

Seattle drafted Carson in the seventh round (No. 249 overall) out of Oklahoma State in 2017.