The 2016 NFL season is just around the corner. As such, Sportsnaut will be previewing all 32 teams before the games begin in September. Continuing the series, we head to the NFC West to provide a Seattle Seahawks 2016 preview.

Here, we’ll be discussing a team that must protect quarterback Russell Wilson to stay in championship contention.

1. Can the Seahawks replace Marshawn Lynch? 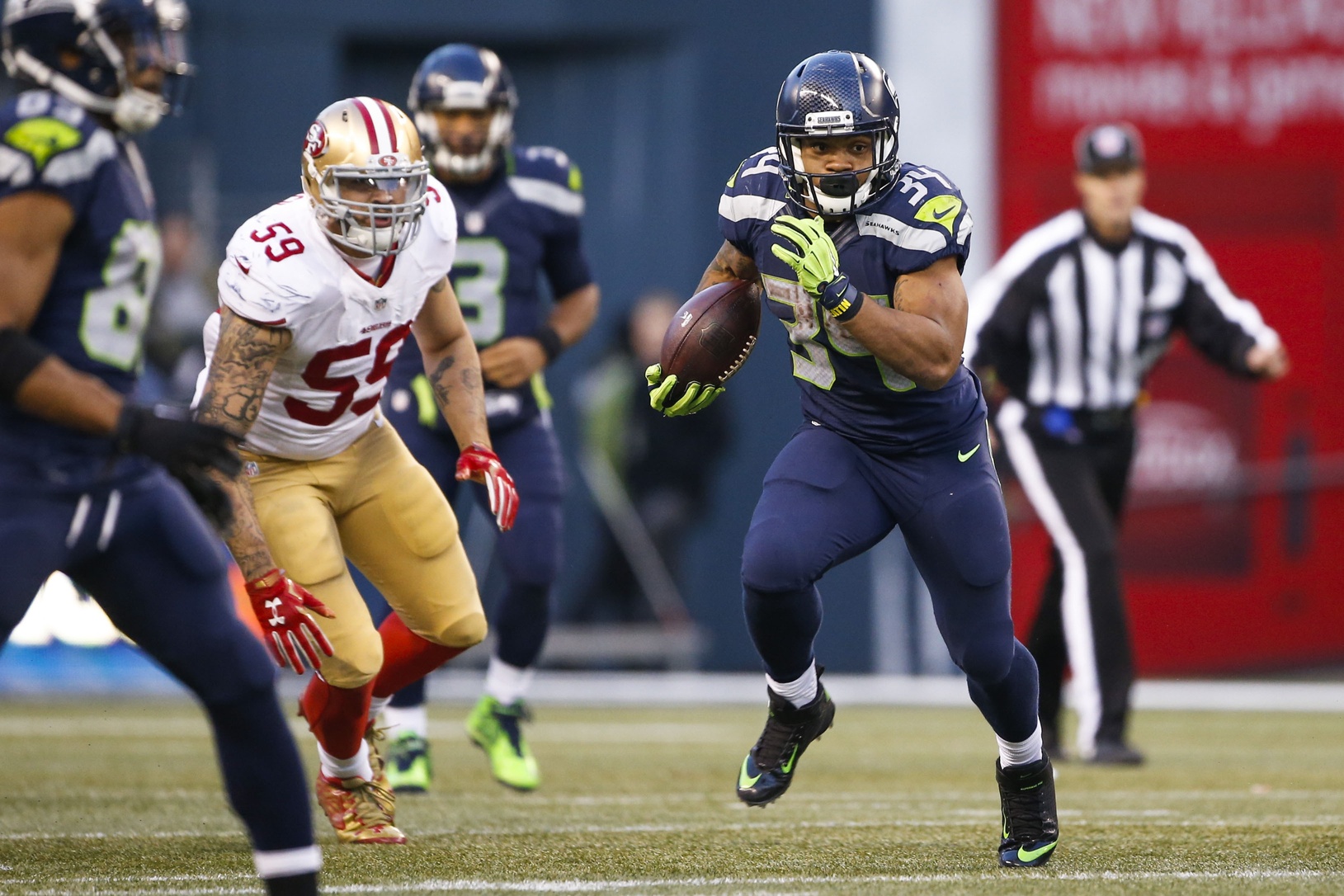 Nobody has exemplified what the Seahawks are all about the past handful of years than Beast Mode. He carried the offense and brought fans to their feet with his thunderous runs, dragging would-be tacklers wherever he went.

While fans will point to what Thomas Rawls did in Lynch’s stead last year, there is absolutely no guarantee he will replicate his rookie success coming off a season-ending injury. Head coach Pete Carroll said the second-year back will absolutely play in Week 1 after he missed the entire preseason.

Seattle has maintained Rawls is the starter this season and that Christine Michael will back him up. But at this point, nobody knows how the two of them will mesh or if they have the longevity to remain productive for an entire season.

Assuming the running game is productive, Seattle’s offense should be beastly again in 2016. But if Rawls and Michael fail to consistently pile up yardage, things could get ugly.

2. Can they protect Russell Wilson?

We’re going to assume the rushing attack is passable, but it’s not a given it will be dominant.

This puts the onus all the more on Wilson to continue quarterbacking at a high level. But it’s not easy to do when getting hit as often as he did last year.

Seattle’s offensive line allowed 45 sacks, and that number would have swelled if not for Wilson’s elusiveness. A hodgepodge unit at this point, the line looked sketchy during the preseason, and Wilson struggled at times as a result.

Wilson is one of the NFL’s top young passers, and nobody will be surprised if he ends up leading this team back to the Super Bowl. But he’s not immortal. Though sturdy, Wilson cannot continue to endure getting blasted on a regular basis.

3. Is the defense still elite?

Though the losses of outside linebacker Bruce Irvin and defensive tackle Brandon Mebane does leave the front seven with a couple holes.

But as long as the big guys up front hold their gaps, Seattle’s speedy linebackers will plug the holes in the running game.

And the Legion of Boom secondary is still fine and dandy. With Kam Chancellor enforcing in the middle, Earl Thomas covering the deep middle and Richard Sherman smothering opposing top receivers, the Seahawks still have one of the best secondaries in the NFL.

There is also a rookie to keep your eye on in the middle of Seattle’s vaunted defense. Which brings us to our next point.

General manager John Schneider made a shrewd move, taking Reed in Round 2 to replace Mebane. Many in the draft community actually viewed this Alabama prospect as a first-round talent. A former Alabama star, he brings an impressive combination of raw size (6-foot-3, 307 pounds), strength and violence.

A run-stuffing machine, Reed will regularly eat up two offensive linemen without losing ground. He’s going to quickly become Bobby Wagner’s best friend in this regard.

Here is the youngster in action during his first NFL game this preseason.

Reed’s strength is immediately evident here, and it’s easy to see why the Seahawks were so thrilled to land him.

Provided the rookie stays healthy, he should help keep Seattle’s defense among the top units in the league.

The Pete Carroll-John Schneider combination has done nothing but impress the past handful of years. Wilson is the perfect quarterback for this team, and he’s gotten better every single year.

Seattle’s defense is not going anywhere, either.

The combination of Rawls and Michael in the backfield should not only result in a competent running game, but it should also give Wilson a break from taking too many hits.

Also, Wilson has a nice receiving corps these days, with Tyler Lockette looking like a star in the making playing alongside Doug Baldwin and Jermaine Kearse.

This team also just knows how to win and carries a vast amount of young, experienced playmakers.

Every time Wilson gets pummeled by men 100 pounds heavier than him, one cannot help but wonder if he’ll be able to get back up. Protection up front is a real issue that could result in a real threat to the team’s success.

Between the protection issues and the uncertainty at the running back position, the offense could find itself stuck in the mud at times.

Also, the NFC is stacked with playoff-caliber teams. If the Cardinals win the division, there is no guarantee the Seahawks will get into the playoffs even if they sport a winning record.