Sean Payton challenges Saints fans to be a factor against Rams 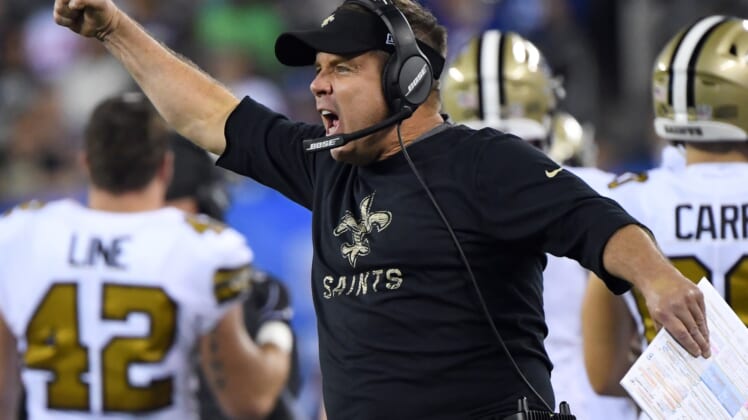 New Orleans Saints head coach Sean Payton isn’t leaving anything to chance as he prepares for the NFC Championship Game against the Los Angeles Rams.

Payton put his loyal fan base on notice with a challenge to get loud, and do it early, against the Rams on Sunday.

It wasn’t that long ago that these two NFC powerhouses squared off in New Orleans. Back on November 4, the Saints pulled ahead in the second half to win 45-35 as Michael Thomas had a monster game against Marcus Peters and busted out the Joe Horn tribute celebration.

Needles to say, the Rams will be looking for revenge. It should be a great game, and the fans really can make a huge difference.