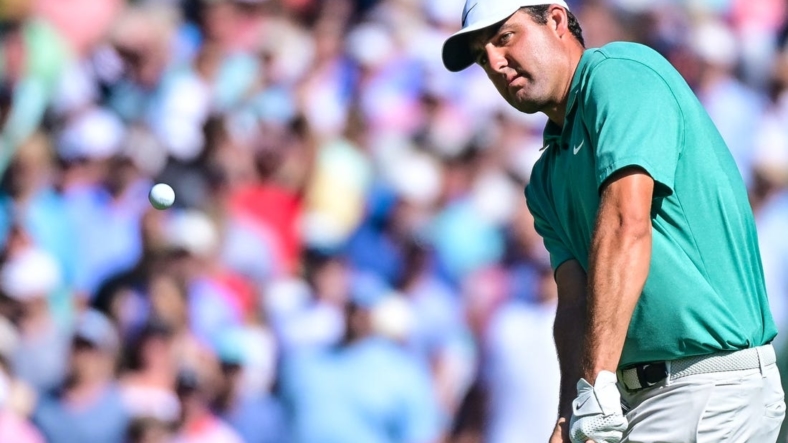 World No. 1 golfer Scottie Scheffler was named the 2022 PGA Tour Player of the Year on Saturday.

Scheffler led the PGA Tour with four victories on the season, including the Masters Tournament. That was the first win in a major championship for Scheffler, 26.

The honor was voted on by PGA Tour members who played in at least 15 official FedExCup events during the 2021-22 season. He received 89 percent of the votes, besting the other two nominees, Rory McIlroy and Cameron Smith.

“Congratulations to Scottie on his remarkable season and his unprecedented achievements,” PGA Tour commissioner Jay Monahan said in a news release. “One of the highest compliments a player can receive is the endorsement from his peers, and the fact that Scottie’s season was both dominant and consistent spoke volumes to the membership.

“And as gratifying as it has been to see his development on the course over the last several years, we are equally thankful that Scottie has embraced the role as an ambassador of the PGA TOUR and the game of golf.”

Smith, winner of The Open Championship in 2022, recently departed for the LIV Golf Series.

Scheffler, who played college golf for four years at Texas, was presented the Jack Nicklaus Award as the year’s top player Saturday morning on ESPN’s “College GameDay,” which was in Austin, Texas, in advance of Saturday’s game between the Longhorns and No. 1 Alabama.

It’s the latest trophy for Scheffler, who also was the Player of the Year on the Korn Ferry Tour in 2019 and won the Arnold Palmer Award as PGA Tour Rookie of the Year in 2020. He is the first player to win all three awards since they were established in 1990.

In addition to the Masters, Scheffler won the WM Phoenix Open, the Arnold Palmer Invitational and World Golf Championships-Dell Technologies Match Play event in the 2021-22 season. He has 11 finishes in the Top 10 in 25 tournament appearances.

Scheffler moved into the No. 1 spot in the Official World Golf Rankings on March 27 and has stayed there for 24 consecutive weeks.